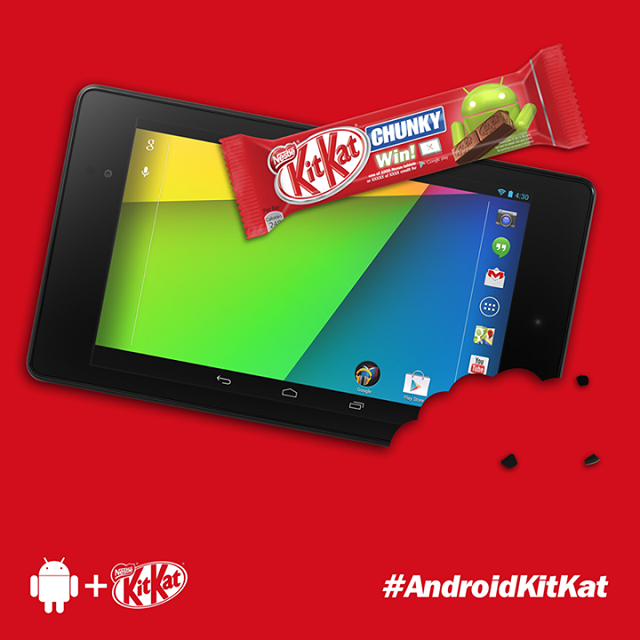 We have heard rumors that the Nexus 5 and the next version of Google’s Android OS – Android 4.4 KitKat – will be unveiled in October. Well, it appears like the launch might indeed happen in the coming month. According to Nestle, October is the release month of Android KitKat.

The picture you see above is from Nestle’s Kit Kat Facebook page and it was posted along with a message from the company. According to the message, which has now been changed, Android 4.4 KitKat is available starting from October. We are not sure why the message was removed, but a comment from the company is still there which also suggests the same release date. Maybe the company was wrong about the date or maybe they spilled the beans too early, or maybe the entire thing is part of marketing.

But you are not crazy if an October launch date has always been in your thoughts. As you might know, the last two Nexus devices running the latest Android versions were shown off in October. We will keep you updated about the upcoming Nexus device and Android 4.4, so stay tuned to Mobilemag.

Are you waiting for the arrival of the Nexus 5 and Android KitKat? Share your thoughts below.