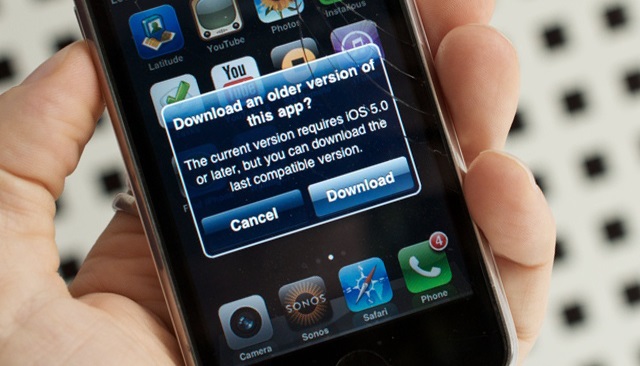 Apple’s iOS 7 is here, but you don’t have to worry about app downloads if your device is not compatible with the Mac maker’s latest OS version/versions, or if your device will support  iOS 7 but you are not going for it as you are very fond of skeuomorphism. The App Store will allow you to download the “last compatible version” of an app.

People using older iDevices such as the iPhone 3GS and the first-gen iPad won’t be able to get iOS 7. So those users, and those who are using newer devices running iOS but are not upgrading to iOS 7, will be getting the app compatibility prompt.

This move by Apple should be great news for non iOS 7 users, but should also be a big reassurance for developers. They won’t have to worry thinking that their apps will only reach those iOS users who are going for iOS 7. The developers can work on app updates for iOS 7 whether users are waiting for it or not and maintain older versions of apps, although everything might require more work to be done by them.