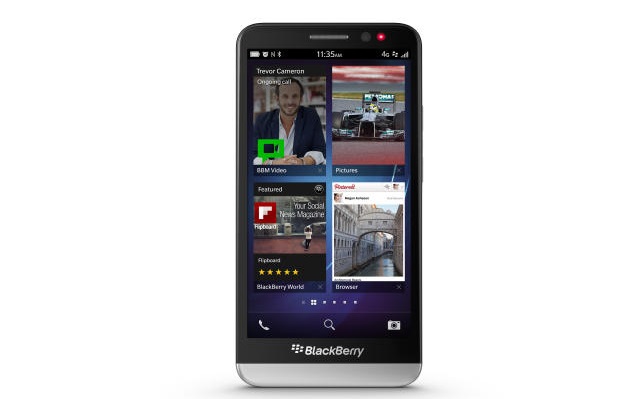 In the Android world, 5+ inch handsets are absolutely the norm, though the same trend has yet to really make its way over to the Apple, Microsoft and Blackberry world – though that’s starting to change as Nokia is rumored to be releasing a massively sized handset, and even Blackberry has recently been rumored to have a 5-inch handset in the works.

For Blackberry at least, the rumors are over. The company has officially announced the BlackBerry Z30, which features a 5-inch Super AMOLED display, a 1.7GHz processor with quad-core graphics, a 2,880 mAh battery, stereo speakers, and an antenna designed to boost reception in low-signal areas. The handset will also come loaded with Blackberry 10.2.

While its nice to see Blackberry diversifying its lineup with all-touch devices, keyboard devices and now even a larger-display device – nothing seems to be helping the struggling company. Not only did Blackberry suffer through a brutal first quarter, but things may not be much better when they report Q2 results.

Still, if you are a fan of Blackberry and have been dreaming of a 5-inch handset, the Z30 could be exactly what you are looking for, even if it is likely not the savior device that Blackberry needs so badly right now.The Z30 will launch to select retailers and carriers in the UK and Middle East next week, and should arrive to other regions – including North America – in time for the holiday season.