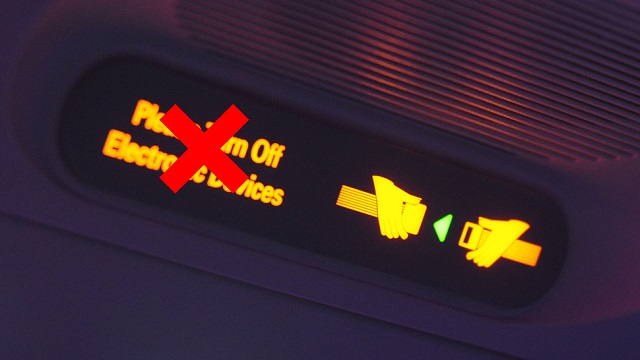 If you believe that using cellphones and other devices are not harmful to airplanes, you should be happy to know that a real pilot is also on your side. Pilot Patrick Smith has revealed a lot of things about airplanes in an interview with NY Times’ David Pogue. It appears like the pilot is not against the use of cellphones on airplanes.

From Smith we get to know about the fact that pilots do not reduce oxygen levels for keeping all the passengers docile, and about how contents of toilets in an airplane are managed, and many other things.

About the use of cellphones and gadgets, he says that laptops should not be used during takeoff and landing as they can become “high-speed projectiles during a sudden deceleration or impact”. About tablets and e-readers, he says that “it’s tough to take a prohibition seriously now that many pilots are using tablets in the cockpit”.

And Smith’s thought about cellphone usage during flight: “I’d venture to guess at least half of all phones, whether inadvertently or out of laziness, are left on during flight. If indeed this was a recipe for disaster, I think we’d have more evidence by now”.

Do you think that the FAA should allow the use of phones during takeoff and landing? Share your thoughts in the comments below. And don’t forget to check out the full interview here and Smith’s new book called Cockpit Confidential here.