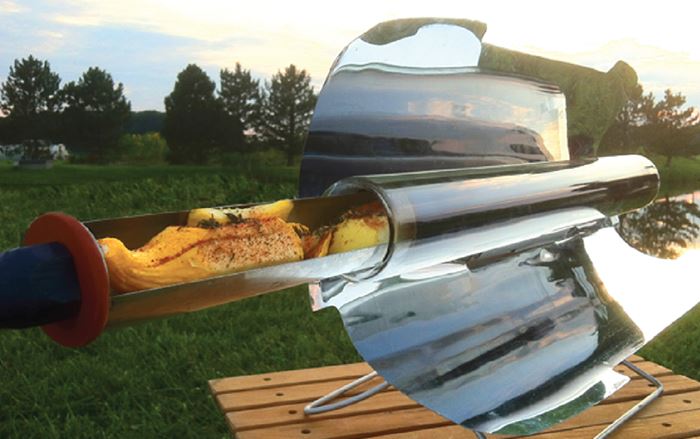 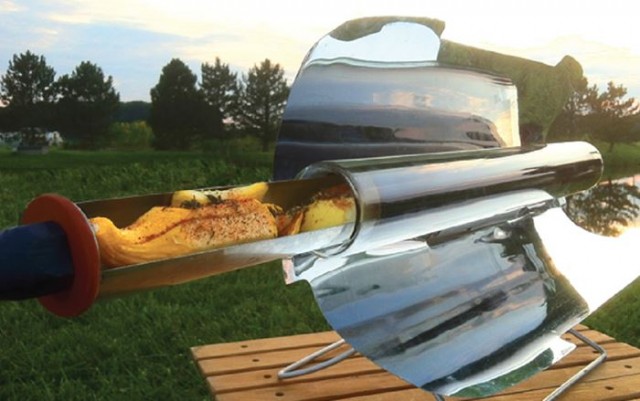 When you’re out camping in the middle of the woods, it’s not like you have ready access to a power outlet for your various appliances, but you do have access to one omnipresent source of energy: the sun. That’s the fundamental idea behind the GoSun solar oven, which uses a parabolic mirrors to concentrate sunlight toward a glass cylinder, allowing you to cook whatever you have inside.

The cylinder naturally lends itself to meat in tube form, like a hot dog, as well as other similarly shaped food items like skewers and whatnot. You don’t need any other external power source and, believe it or not, they say that it can even work on a cloudy day. The cooking tube itself is made from borosilicate glass and the the tube is lined with copper, aluminium nitrile and stainless steel to absorb and conduct the heat.

Naturally, your cooking time will depend on a huge number of factors, like what you’re cooking and how much sun you’re actually getting. They say that if you’ve got a clear, sunny day, you can cook six hot dogs in just ten minutes. When it’s cloudy, it’ll take two hours to bake some muffins. The inside temperatures of this solar oven can get as high as 700F (371C), but it works best between 200F and 550F. The GoSun is already portable, but they’ve got the smaller GoSun Mini too. 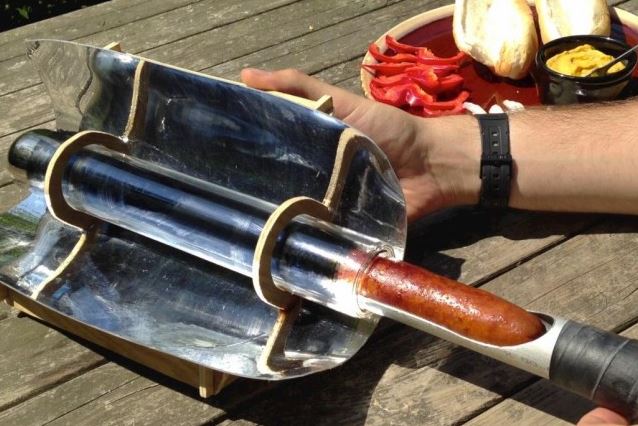 The Kickstarter campaign has already reached its funding goal of $40,000, raising nearly $89,000 as of this writing with 41 days to go. If you want to get your hands on one, you’ll need to pledge at least $219 (the retail price will be $279). The Mini version is understandably cheaper at $79. Expect the GoSun Stove to ship this December.