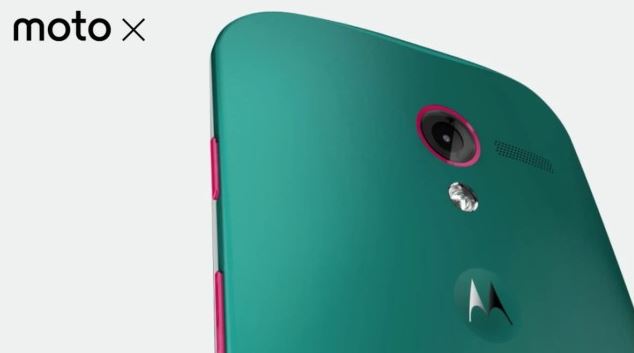 Say what you will about the arguably underwhelming specs on the Moto X smartphone, but Motorola is taking a bold move with not only building the phones in the United States, but actually allowing for customized options through its Moto Maker website. Whatever color combination you want can be custom made for you straight out of the factory and it looks like Motorola is ready to expand its Moto Maker operations to include an upcoming Android tablet too.

We’re going to go ahead and call it the Moto X Tablet, even though nothing of the sort has been officially confirmed by the people at Motorola yet. Dennis Woodside, Motorola CEO, has confirmed that the company is indeed working on a tablet though and that customers are “happy to have a choice of a product that’s build in the U.S.” He also says that the whole customization thing is “a pretty important part of what we want to do going forward.”

If you put two and two together, that sure sounds like this upcoming Moto X Tablet is a prime candidate for the Moto Maker treatment too. Woodside says this customization is “a consumer desire that is universal.” Given the giant market for colorful cell phone cases in all sorts of wild designs, I think we’d agree that Motorola is on to something here.

And just for curiosity’s sake, Woodside did say that the navy blue was the most popular color for Moto X orders so far, but a good 15% have selected black with orange accents. I hope they’re not doing that just because Halloween is coming up, though Moto Maker does lend itself to playing dressup.