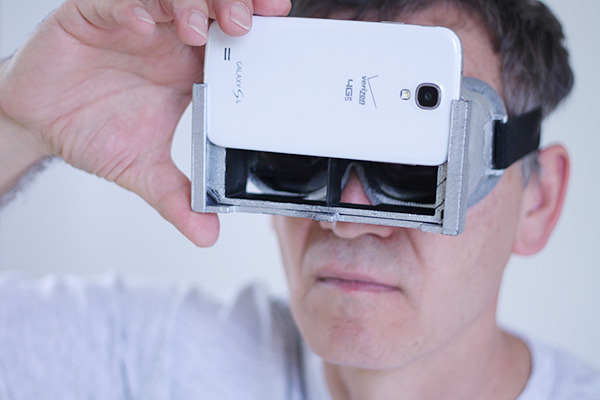 For many kids (and gadget and/or sci-fi geeks) growing up, the idea of having your own personal 3D virtual reality headset was a bit of a dream, but thanks to products like the Oculus Rift, they’ve become much more of a reality. But what if you could take your existing smartphone or tablet and effectively turn it into a 3D VR headset in its own right? Two new products on Kickstarter are working toward precisely that goal.

Think about it. Everything that you really need for a 3D virtual reality experience is already contained in your smartphone. You’ve got a fast processor, a high resolution display, and whole array of sensors like gyroscopes and accelerometers. What these two products do is capitalize on that existing technology, sliding your smartphone or tablet into a head-mounted device. Boom, 3D virtual reality.

The 360specs and the vrAse are very similar in design. Your display is then basically split in two (think split-screen multiplayer) so that each eye sees a slightly different image; thus, you get 3D vision. Presumably, things can be coded via the provided SDKs so that it can track your head movements and give you that 3D virtual reality experience.

Check out the Kickstarter projects for 360specs and vrAse for more details. They have similar funding goals of $100,000 and £55,000, respectively, with a little over a month to go.