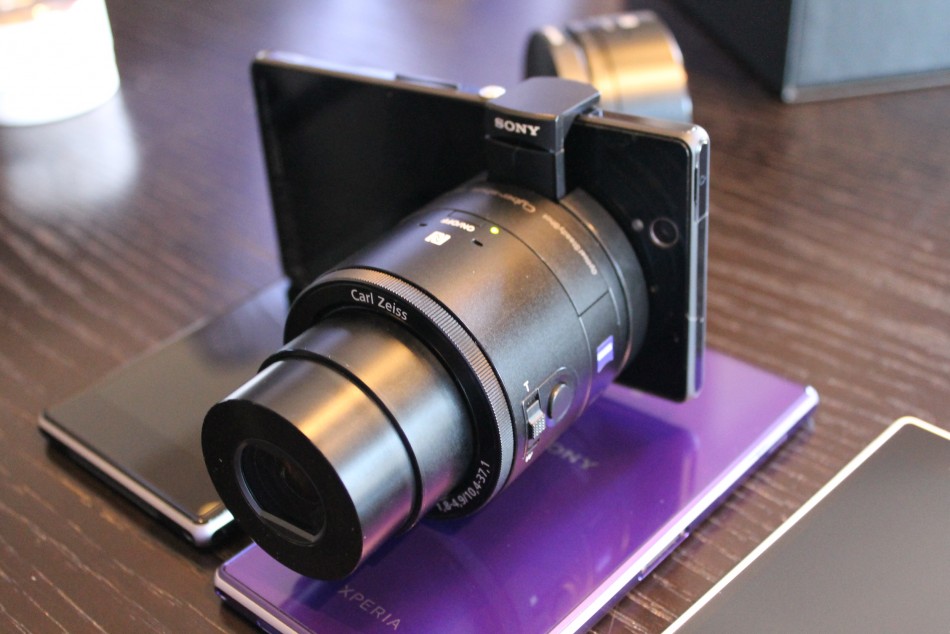 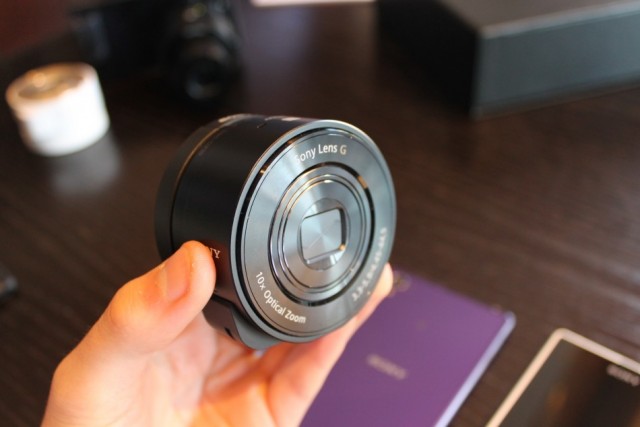 It’s not just about megapixels. While we have smartphones these days with 8MP, 13MP and even 20MP cameras on board, the image quality and particularly the zooming capabilities of these shooters is not up to par with a standalone camera. At the same time, we love that connectivity that we get with smartphones for instant sharing on Instagram and Twitter, so what is a photo-obsessed mobile user to do?

Sony is apparently coming to the rescue with the revealing of the QX10 and QX100. These are fully contained cameras with their own image sensors, optical zoom, tripod mount and lens, but they can attach to your iPhone or Android device for expanded functionality. What’s cool is that the Cyber-shot QX10 and QX100 can operate independently if you want them to, but it’s when you clip to them to your smartphone that you get a little extra magic via the Sony application and Wi-Fi Direct pairing. 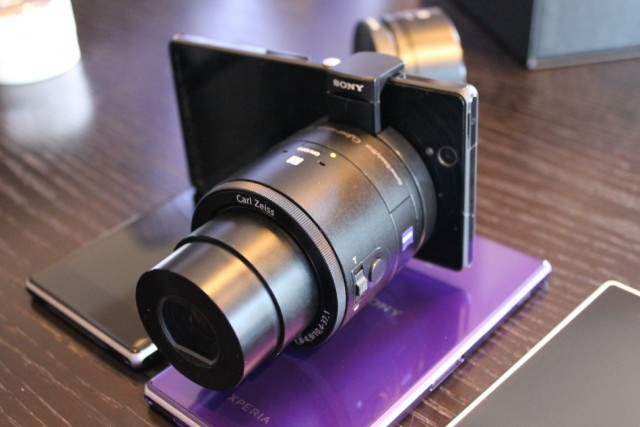 Because there is a wireless connection, you can then hold the “lens camera” in any given position or orientation and use your smartphone screen as the viewfinder. That’s great for crowd shots, for example. I’m sure you can come up with some more evil uses for this, but I’m not going to mention or condone any of them.

As far as specs, the 20.2MP QX100 has 3.6x optical zoom and an aperture range of f1.8-4.9. The 18.2MP QX10 has 10x optical zoom and f3.3-5.9. So, there’s a definite trade-off there if you want more of a telephoto or if you want a more wide open aperture. Both lens cameras have Wi-Fi, microUSB for charging the internal battery, microSD slot (with support for Memory Stick Micro). Expect both to hit European shelves at the end of this month. The QX100 and QX10 will sell for €199 and €449, respectively.