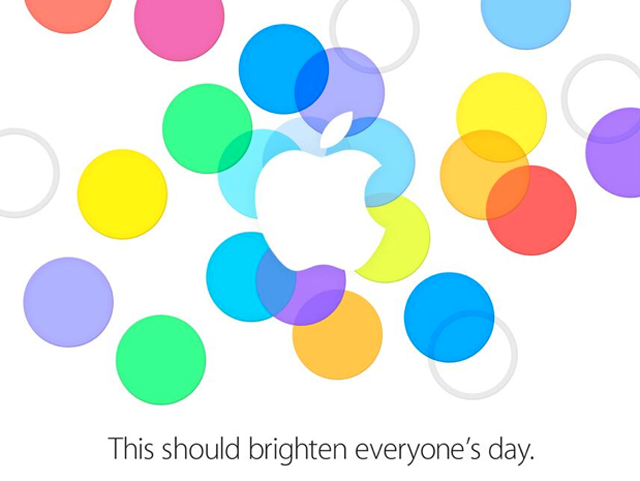 We have been hearing about Apple’s September 10th iPhone event for quite some time, and now the company has officially confirmed their plans via invitations. Although, Apple hasn’t revealed what all things are coming at the event, there are hints inside the invite which seem to be suggesting the arrival of the iPhone 5S and 5C.

All those colors in the invite are pointing towards the existence of iPhone casings with different colors. As you might know, rumors have been suggesting that the iPhone 5S will be available in several colors including gold (champagne) and the cheaper iPhone 5C will be coming in multi-coloured plastic casings. Looking at the invite, it is very likely that both the phones are going to be unveiled at the Apple event.

The iPhone 5S is expected to feature a fingerprint scanner, and a better processor and camera. The iPhone 5C is said to be equipped with a 4-inch Retina Display, dual-core processor and an 8MP camera. Both the devices will surely be running iOS 7.

Recent rumors have given us a September 20th release date for the iPhone 5S and 5C. It is expected that iOS 7 will be released sometime in between the 10th and 20th of this month.

So, are you excited about the upcoming iDevices? Share your thoughts in the comments below.