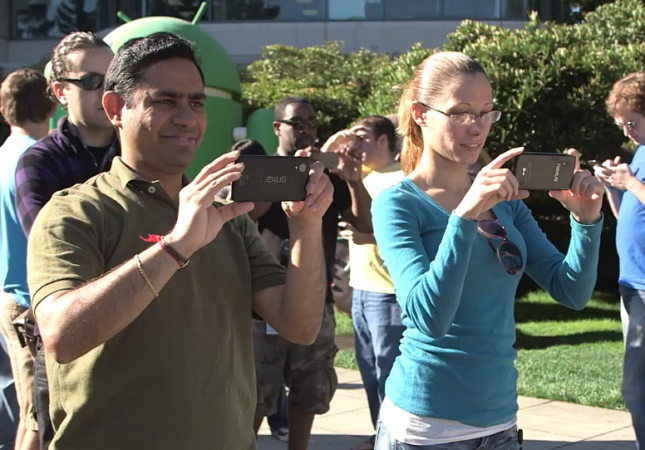 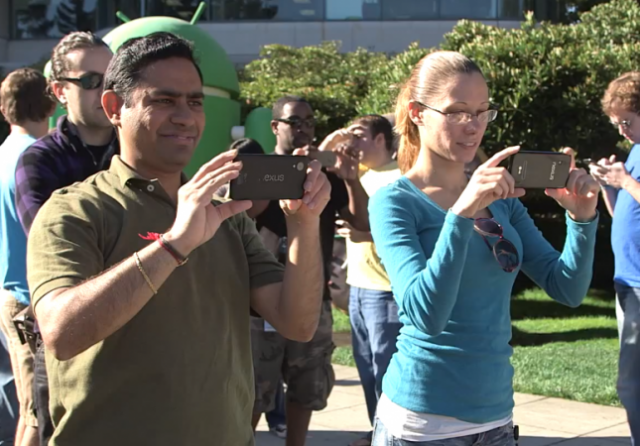 Well what do we have here? For those that don’t know, Google officially announced the name of its next version of Android earlier today, Android 4.4 KitKat. When announced, Google put up a special statue of the KitKat Android mascot over at its campus. During the big event people were taking pictures of the whole affair, and it appears that the camera even spotted one picture taker rocking a smartphone that says “Nexus” on it, but is clearly not the Nexus 4.

Beyond that we don’t know much, though it is worth mentioning that Google looks to be clearing out its current Nexus 4 inventory and a new rumor suggests that the Nexus 5 could be arriving as early as October 31st.

For those wondering about the missing N on this Nexus in the photo, it appears to just be light glare. Hoping to check out the unveiling video where this was first spotted? No such luck, as the video has now been taken offline.

We’ll keep you update as we learn more. This is certainly exciting news for Android and Nexus fans though!