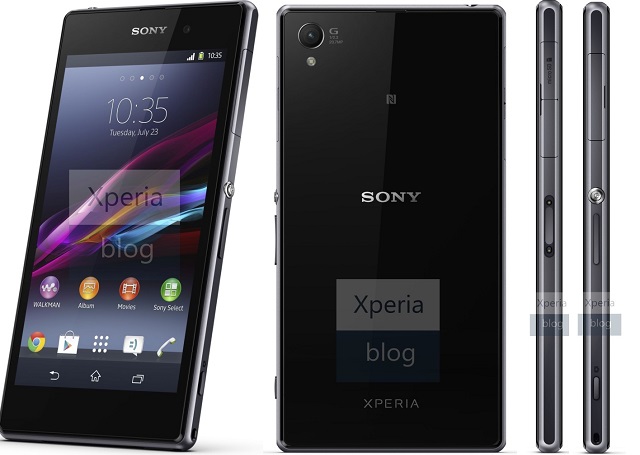 Ladies and gents, IFA 2013 is almost here! For those that consider themselves mobile tech fans, IFA is one of the most exciting times of the year, it’s almost like Christmas come early!

While many folks are eagerly awaiting Samsung’s Galaxy Gear or Note 3, some folks are more interested in what Sony is bringing to the table this year, namely the Sony Honami – or what is apparently going to be called the Sony Xperia Z1.

As you can see, today’s bit of news is that the ‘final’ press pictures of the Sony Xperia Z1 has now leaked to the net! Outside the pictures nothing new is revealed.

Have no clue what the Sony Xperia Z1 is, or know little about it? The Z1 is essentially Sony’s answer to devices like the Lumia 1020 and Samsung Galaxy S4 Zoom, but unlike Samsung’s version, the Z1 is expected to have some pretty beefy specs outside the camera.

Not only is there said to be a 20MP Exmor RS rear cam, but its also going to sport a BIONZ image processor. Then there’s a 5-inch full HD display, 2.2GHz quad-core Snapdragon 800 processor and 2GB of RAM. Other specs include 16GB storage, Android Jelly Bean 4.2 and a 3,000 mAh battery.

So what do you think, excited for the Sony Xperia Z1 or are you more interested in what Samsung – or perhaps another brand – is bringing to the table come IFA?