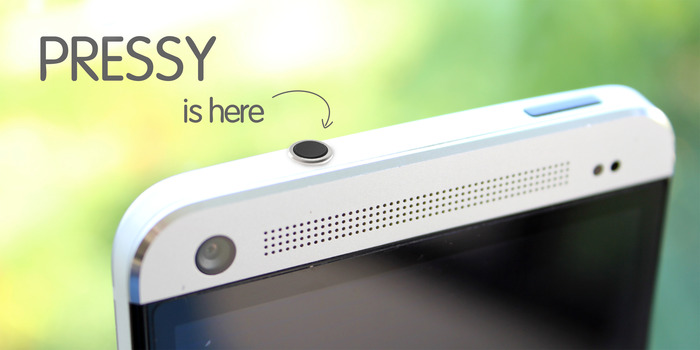 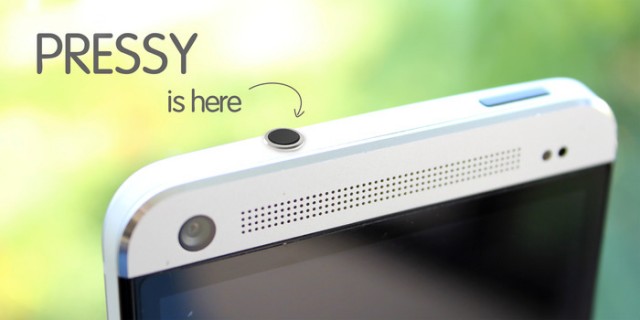 As smartphones continue to evolve we’ve seen a dramatic reduction in the amount of buttons found on most devices. In fact, there are many Android smartphones that have no front buttons whatsoever, even the sides of the phone generally only have a few basic buttons like power and volume rockers.

What if you like the idea of being able to quickly get to many of your device’s special functions with the push of a button? That’s where Pressy comes in. This unique new kickstarter project looks to bring a new physical button to your favorite Android-powered handset, utilizing nothing more than your headphone jack.

Pressy works by sending signals to your phone that are basically interpreted by a special app going by the same name. Additionally, the developers behind the project have created an API that could eventually make its way into other programs, giving further functionality to Pressy.

What kind of things can you do with this add-on button? Instant camera shots, a button that calls a specific contact, quick voice recordings, phone call recording and the list goes on. Even better, the Pressy can be used for more than one action by setting different configurations based on how long or how many times the button is pressed.

Want to use your headphone jack? No worries, Pressy includes a special holder that clips to a keychain for when not in use. Additionally, any headphone jack with a button on it can still work with the Pressy app.

If Pressy sounds like something that is up your alley, head over to Kickstarter and pledge $17 to secure one of the buttons and free access to the app. At the moment the campaign has already received well over its $40k goal, so it’s pretty much a solid bet that this will surface into a real product.