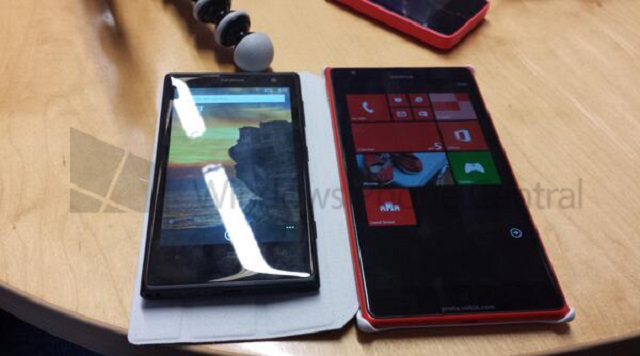 I’ll take a Nokia Lumia, super size that please! There have been plenty of 6-inch Lumia rumors going around for a while now, but thanks to Windows Phone Central, we might have the first real look at this monster of a handset.

It should probably go without saying, but speculation is advised here. That said, this certainly looks legit and closely follows Nokia Lumia design language. Outside of showing off an image of the 6-inch Lumia, we also have learned from WPC that the phablet will be called the Nokia Lumia 1520.

The Lumia 1520 is said to have a 1080p 6-inch display, a polycarbonate body, 20MP PureView camera, quad-core Snapdragon CPU and will run on the upcoming WP8 GDR3 update. Certainly an impressive beast, if the specs prove true.

So when’s it coming? Supposedly the device will officially be released alongside the Nokia Sirius (Win RT tablet) at the end of September. Reportedly the device will be coming to AT&T, but let’s hope that doesn’t prove true and Nokia instead finally goes with a multi-carrier launch.

What do you think of the Lumia 1520, based on what we currently know? Intrigued, or do you feel that six inches is just too damn big?