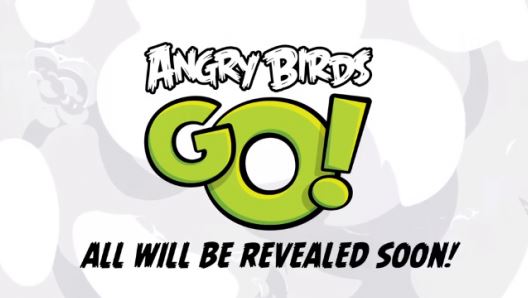 Remember when the first Angry Birds took the world by storm and everyone was flinging their feathered friends at those egg-stealing swine? Rovio knew they had a good thing on their hands and released several updates, but perhaps with the exception of Space and Star Wars, the core gameplay remained largely untouched. They could only reinvent themselves so many times before we got tired of the slingshot.

But Rovio knows that its Angry Birds franchise is still incredibly popular, so they are apparently releasing a new game called Angry Birds Go! and it apparently has nothing to do with the slingshot at all. Instead, it seems that this will be some sort of endless runner game like Temple Run or maybe a kart racer like Mario Kart. A teaser trailer has now been released that offers some tiny details, but no actual gameplay footage.

We are shown what looks like a race track and there is the image of a bird chasing a pig down that track. We also get some real life kart racing that seems to indicate that Angry Birds Go! will be vehicular in nature. Based on that, a Mario Kart-esque game looks likely, complete with upgrades, power-ups and speed boosts. I guess we’ll just have to stay tuned for more information.