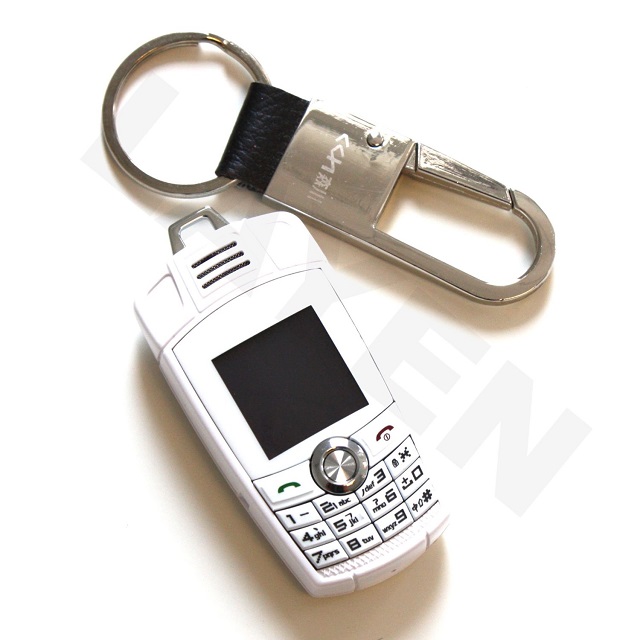 Smartphones are more popular than feature phones today, and everybody wants a handset with a big, beautiful screen and a lot of features. But there’s a market for the tiniest of phones with the least number of features in the UK. The customers going for these phones are all locked up in UK prisons.

Of course many of these customers might have handled iPhones and Android handsets and all – with or without the permission of the devices’ owners – but they are now just sticking to devices like the one in the image above.

Made in China and sold on eBay or Amazon for $60 to $80, the small devices resemble car key fobs and are coming with very low metal content which could allow them to be easily smuggled into prisons past metal detectors. In 2012, UK authorities seized over 7,000 phones and SIM cards from prisons in England and Wales, and they don’t want more of the small phones to reach the hands of inmates and are therefore planning to bring about a sales ban.

According to a prison service spokesman “We’re now working closely with the Serious Organised Crime Agency and Trading Standards to remove these small mobiles from sale in the UK, as well as legislating to block phone signals in prisons“.

In case you are wondering, the prisoners could do all sorts of stuff with the cellphones, like planning new criminal activities, or ordering pizza for a mob boss – ya know, things like that.