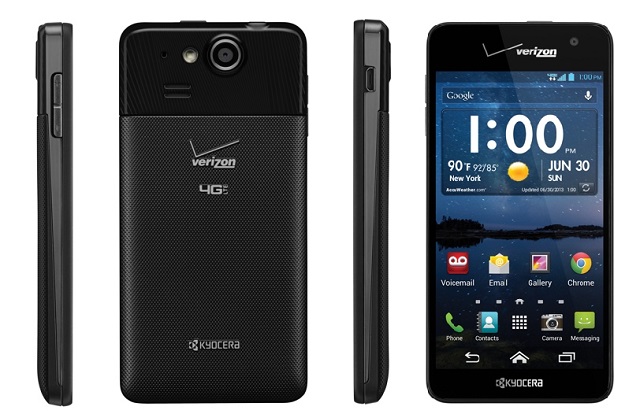 Earlier today Verizon announced the Kyocera Hydro Elite will be heading to its network on August 29th for $99.99 with contract, after $50.

Not that impressed? While the specs don’t blow anyone away, they are pretty solid. The water and dustproofing is a nice touch, too. What really stands out with the Hydro Elite though is something called a “Smart Sonic Receiver”.

This unique tech uses a ceramic actuator that replaces a traditional phone speaker. The result is a phone that gives sound by vibrations, which is said to make the phone crystal clear and totally audible even in the noisiest of environments. Not bad, not bad at all.

What do you think, anyone out there interested in getting their hands on the Kyocera Hydro Elite?