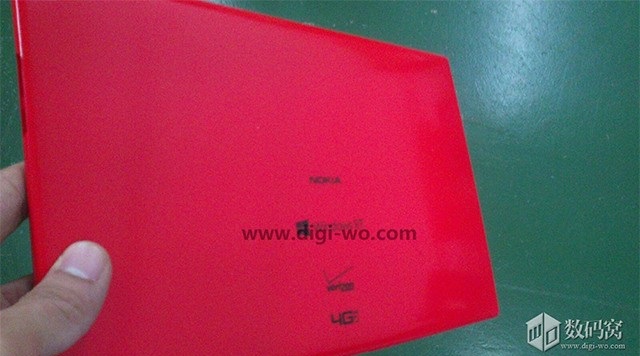 We’ve been hearing about Nokia tablets for a while now, and just recently even reported on some alleged specs for such a device. While now we finally might have an actual look at the device. Going by the name Nokia “Sirius” (codename), the 10.1-inch Windows RT tablet is supposedly launching soon, though no specifics as to when.

So what do we actually know about this thing?First, it looks like a giant Lumia, which isn’t a bad thing. Second, it’s supposed to be lighter than the current iPad. Third, it will run a Full HD resolution, will have a 6MP shooter and 2MP front cam and will likely come in several different color choices.

As for the rest of the specs, we are still hearing the tablet will run on Snapdragon 800 CPU with 2GB of RAM. It will also be rated for 10 hours of battery life, will have LTE connectivity and will support microSD expansion. Similar to the Surface, it will also have some form of Kickstand.

No word on pricing just yet. As a Nokia fan, I like the looks of this thing, but I’m a bit disappointed (though not surprised) to see that Nokia is sticking to Windows RT and an ARM processor.What do you think, can Nokia bring back interest in Windows RT? Share your thoughts below.