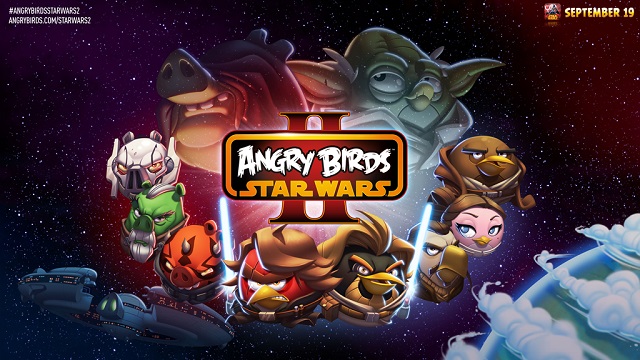 Totally over Angry Birds and don’t want anything to do with it? … Then why’d you click on this article? For the rest of you, some more Angry Birds news! Angry Birds Star Wars II is nearing ever-closer, with a release slated for September 19th for $.99 or free – for those that don’t mind ads.

In order to keep us entertained while we wait for some more Angry Bird action, Rovio has now released a few short videos that introduce several new characters on the “Pork Side” of the force.

For those that haven’t been keeping up with the ABSW II news, the next chapter in the game series allows you to play as the pigs or birds. The gameplay is largely the same, though the roles are reversed somewhat this time around (as you’ll see in the videos).

Without further ado, here’s the character intros you’ve been waiting for:

Now that the videos are over, excited yet? Looking for more ways to enjoy the Angry Birds Star Wars experience? Keep in mind that the new game will feature support for TELEPODS, allowing you to use collectible figures (aka toys…) to unlock special characters in the game.