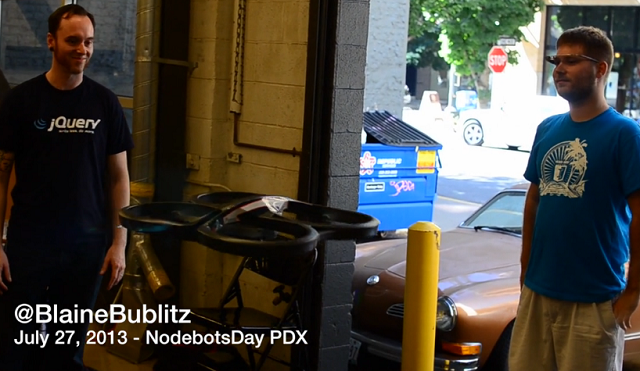 We are surely going to see a lot of applications for Google’s Glass wearable tech in the future. Many of the things we will be seeing from developers working with the Glass during these early days will be simple stuff which hints about bigger things to come, but what Blaine Bublitz has developed is pretty impressive.

As you will see in the video, Bublitz is using his Google Glass to control a Parrot AR Drone. He started his work by experimenting with Leap Motion and a Shieldbot, and then developed a way to use the Glass to control the ground-based robot via head movements. But he couldn’t see the bot while he was using Glass to move it around.

So the drone was connected with the Glass for being controlled via Bublitz’s head tilts. The pitch and roll controls are not that perfect, but the demo is quite impressive.

Check out the video and leave your thoughts in the comments below. All the coders out there can head here to know more about Bublitz’s work.

If there’s a playback issue with the above video, you can check out the one below.