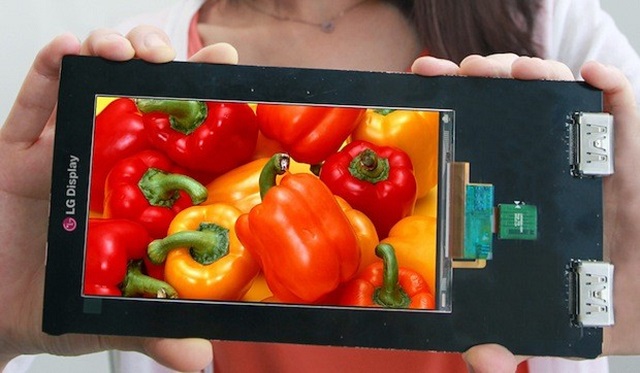 Enjoying beautiful pictures and videos on your Full HD smartphone? Well, the experience that your are getting now should feel like nothing once you take a peek at the new Quad HD (2,560 x 1,440) smartphone screen from LG Display.

The new 5.5-inch display, which features 538ppi, is coming with four times as many pixels as a 1,280 x 720 screen and it is only 1.21mm thick, with a bezel of 1.2mm. LG says that it is the “world’s slimmest and narrowest panel”, 12% thinner than the company’s 5.2-inch panel released last month. The panel uses AH-IPS tech and Low Temperature Poly-Silicon (LTPS) substrate, and provides 430 nits of brightness.

So, are you eager to see this screen on a smartphone as soon as possible? How about seeing it on the next Nexus phone? It would certainly be awesome – though unlikely. We have heard that the Nexus 5, which is rumored to be made by LG, will arrive with some of the same specs as that of the LG G2 including the device’s 5.2-inch 1080p display.

So what do you think, hoping to soon get your hands on a Quad HD handset or such a high-rez display absolute overkill in your opinion?