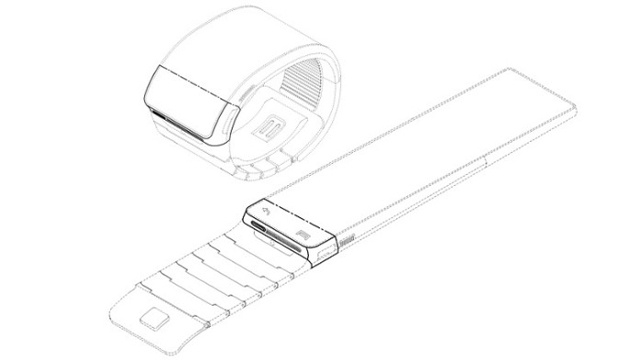 When you look at the current crop of smartwatches on the market today, they’re relatively basic in terms of functionality. The rumored Samsung Galaxy Gear smartwatch, on the other hand, looks like it’s going to get loaded with features that almost take it to smartphone territory… without the ability to make phone calls on its own, of course.

As far as we can tell, the Galaxy Gear will still be a smartwatch and not a watchphone, so it’ll still need to be paired with your smartphone via Bluetooth to really accomplish anything. However, some recent rumblings are saying that the Galaxy Gear will also have NFC for ease of pairing over Bluetooth 4.0 LE, as well as a camera that is built right into the watch strap. This way, you can take pictures without having to take out your phone. The 2.5-inch touchscreen will presumably act as your viewfinder.

But there’s more. Even though the Galaxy Gear can’t make calls on its own, it will reportedly have tiny speakers integrated into the watch clasp. If there’s a small microphone there too, this means you can live out your Inspector Gadget or James Bond fantasies and literally talk to your phone for that voice call. I don’t think you’d want to listen to your MP3 collection that way though. We’re also hearing there is an accelerometer on board, so Samsung has implement some gesture-based controls too.

Just as the Pebble has its own set of apps, Samsung will reportedly do the same for the Galaxy Gear, using their Samsung Apps store rather than going through Google Play. Pricing is still up in the air, but given how much they’re tossing in here, I wouldn’t be surprised to see it in at least the $300 neighborhood.