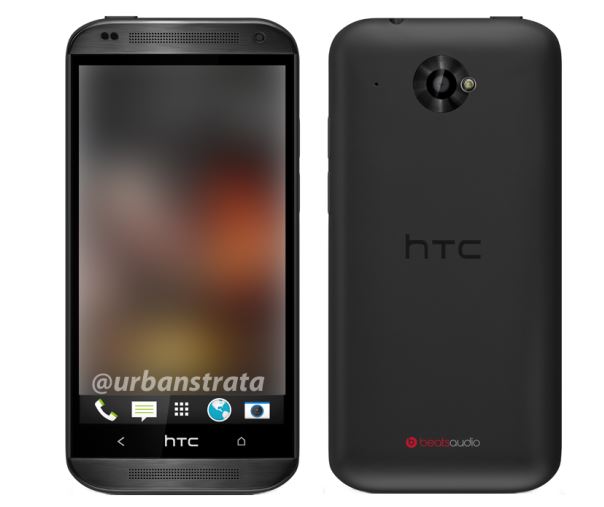 It goes without saying that HTC is going after the higher end of the market with devices like the HTC One, but what about people who don’t have that kind of budget? What we’re seeing here are apparent leaked images of the upcoming HTC Zara, a mid-range Android smartphone with mid-range kind of specs.

Whereas the HTC One boasts much higher quality materials, the HTC Zara cuts costs by going with a plastic shell while retaining the same kind of styling cues. The specs are similarly downgraded, going with a 4.5-inch qHD (960 x 540 pixel) display and a dual-core 1.2GHz Snapdragon S4 Plus processor. Other specs include 1GB of RAM, 8GB storage, 2100mAh battery, 8MP camera, microSD expansion, Android 4.3 Jelly Bean and HTC Sense 5.5.

These specs feel very last year, but you could say the same thing about the Moto X, too. Perhaps HTC has a few extra tricks up its sleeve to make the Zara a little more enticing. It’s sounding like the HTC Zara could sell for under $100 on contract with Sprint, which should make it more attractive. You’ll also notice the Beats Audio branding on the back, but that partnership could soon be fizzling out, too.