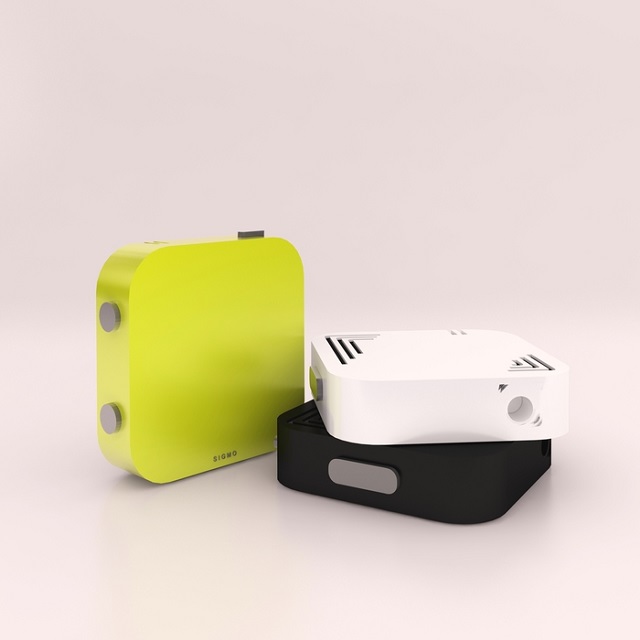 Right now, you have your smartphone, which can get you online for connecting to different services that provide you with instant text-to-speech and speech-to-speech translations. These services certainly are a great help when you are travelling in other countries and meeting people who speak different languages. But if you were wishing for a tiny device which could utilize the various translation services, you are in luck as the Sigmo is exactly that, though a smartphone is still needed.

Currently at indiegogo, the Sigmo is a very simple device which comes with a microphone, speaker, an on/off button, buttons for first and second languages, and Bluetooth for connecting to iOS and Android devices (other operating systems will be supported later on).

For using Sigmo, you will have to go to the free Sigmo smartphone app and select your native language and the language of the person you want to talk to. Then you press the first language button on Sigmo and speak, and then wait for the translation to come out through Sigmo’s speaker. For hearing the translated speech of the other person’s reply, you just have to press the second language button before letting him speak. Perfect translation of course is not expected all the time due to syntax differences in languages.

And the device has to be connected to a smartphone with a data connection as it uses online services such as Google Translate to do the translation work. But they will also introduce an offline mode for Sigmo with limited vocabulary sometime in the future. Sigmo will support 25 languages including English, French, Spanish, German, and Japanese, but more languages will be available later on.

The Sigmo team has so far managed to raise close to $3000 of the $15000 goal with 51 days left. For an early bird special price of $40, you can book a set of products which includes the SIGMO device, a stainless steel clip, neck strap, and wrist bracelet.

Surely you can use a smartphone while doing your conversations, but holding the Sigmo up seems to be more convenient. What do you think?