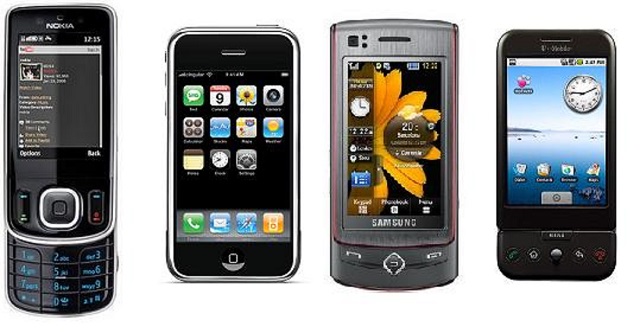 It was expected by many, and it has happened. The sales of smartphones have overtaken those of feature phones. That’s according to the sale figures for the second quarter of 2013 released by Gartner.

And, as we reported earlier, Android is leading the smartphone race with 79% of the handsets which were shipped running Google’s OS. iOS is in the second spot with 14.2% market share. That’s down from 18.8% in Q2 last year, although Apple iPhone shipments increased to 31.9 million units.

Meanwhile, Microsoft’s Windows Phone OS is in the third place with a 3.3% market share, up from 2.6% in Q2 of last year. But the company certainly has a long way to go. According to Anshul Gupta, principal research analyst at Gartner, “While Microsoft has managed to increase share and volume in the quarter, Microsoft should continue to focus on growing interest from app developers to help grow its appeal among users”.

The major push for Android has of course been from Samsung, which has shipped 71 million devices in the second quarter.

So, will the production for feature phones come to an end? Probably not, as the demand for such handsets are still quite high in developing countries.