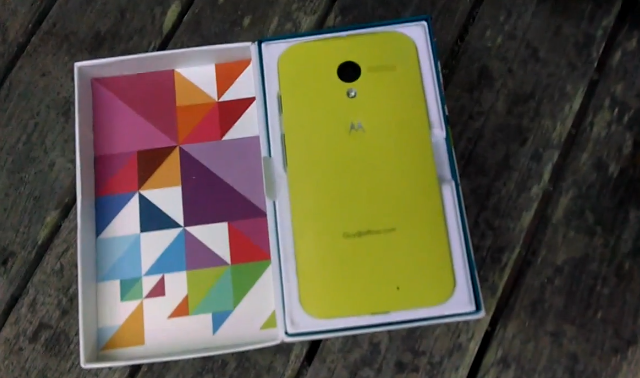 We have heard before that the Moto X will be launching on all four major US carriers on the 23rd of this month. But we are also hearing that the Verizon Moto X will only arrive a few days later on August 29th, as suggested by a Best Buy inventory screen. As for the customizations, it has been said that it will be an AT&T exclusive until November.

Meanwhile, the video below comes to us from Google and Motorola’s advisor Guy Kawasaki. It shows the unboxing of a personalized Moto X, which has been made via Moto Maker, complete with personalized engraving on its yellow back, a white front and black accents.

Check out the video and share your thoughts about the handset in the comments below. How will you be designing your Moto X?