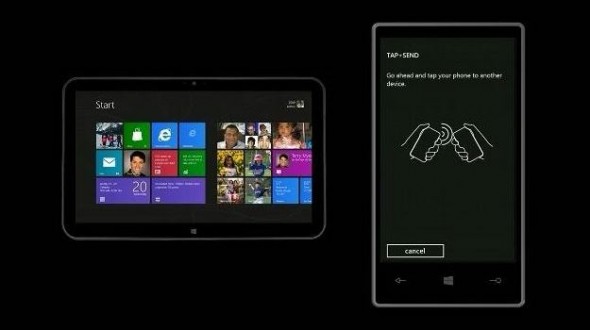 It looks like the researchers over at Microsoft have come up with a pretty cool alternative to NFC, which they call Dhwani. Developed by Microsoft India, the system utilizes sound to transmit data. Even better, there is no special hardware required to make it work.

All Dhwani needs to work is a microphone and a speaker, two things that are found in every smartphone out there. Apparently these two basic pieces of hardware handle the transmission/reception of data, with specialized software handling the rest.

Just like NFC, Dhwani only works for short distances. It’s also not all that fast, with a transfer rate of just 2.4kpbs, making it ideal for smaller transmissions such as making digital payments or even sending contact files, etc.

You might be wondering if using sound waves could mean lead to ambient noise affecting transmission, or even other devices intercepting data. The good news is that neither of these things are a problem.

Microsoft uses an ambient noise “shroud” which is called Jamsecure. This means that it strips out ambient noise while also ensuring that the data is safe and secure.

Keep in mind this is a Microsoft Research project. That means it may or may not make its way into commercial devices. It’s possible that Microsoft could include the tech with its Windows Phone OS down the road, or even license it to other manufacturers (both WP and other OSes). We really can’t say for sure at this point.What do you think of Dhwani, hope to see it eventually roll out as a cheaper/easier alternative to NFC or not?