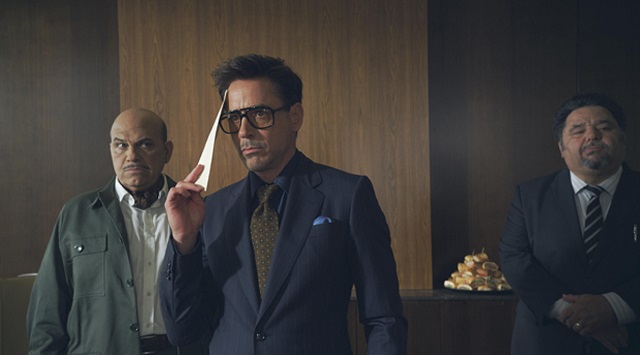 While most people would have certainly loved an HTC One with a microSD card and removable battery, it is indeed an impressive device. But HTC still isn’t anywhere near Samsung’s market share and popularity. So the company has decided to bring in one of today’s most famous actors for their new “Change” ad campaign. Robert Downey Jr. will be working with HTC’s ad team and starring in the ads.

The campaign will include three phases; the first phase of ads will focus on letting consumers know that HTC supports innovation by going for “anything you want it to“. The ads will be released on August 15, and, whether you like it or not, you will be hearing a lot of phrases from Downey such as Humongous Tinfoil Catamaran and Hipster Troll Carwash as full forms for HTC.

The second phase will be about features coming with HTC handsets such as BlinkFeed, Video Highlights, and BoomSound. And the final phase will focus on how the company’s products “empower individuals to drive change in their own lives“.

HTC Chief Marketing Officer Ben Ho said, “HTC’s innovation, authenticity, and boldness have made us the change-makers in the mobile industry and led us to launch what influencers regard as the best phone in the world, the HTC One. Our original and playful Change platform is different to anything else out there and aligns our brand with the same qualities our phones are already known for“.

And about what all this is going to cost the company, an HTC spokesperson said, “As a publicly traded company in Taiwan, we cannot disclose exact investment figures, but last year we spent around $1 billion on sales and marketing. We will invest roughly the same on marketing initiatives during the life cycle of this campaign“.

But is this going to work for HTC?

As you might know, Samsung’s marketing is big and it’s good for the South Korean giant’s products. But, as noted by BGR, HTC should have started their ad campaign when the HTC One was released. Now, with the device being a few months old and new competition arriving (Apple’s next generation iPhone and the Galaxy Note 3), HTC’s timing seems to be a bit bad. However, it’s a two year deal between HTC and the Iron Man star, so maybe things are going to be better for HTC’s future devices.

But we are not sure how Downey’s quirky phrases are going to affect the minds of consumers. What are your thoughts about those?