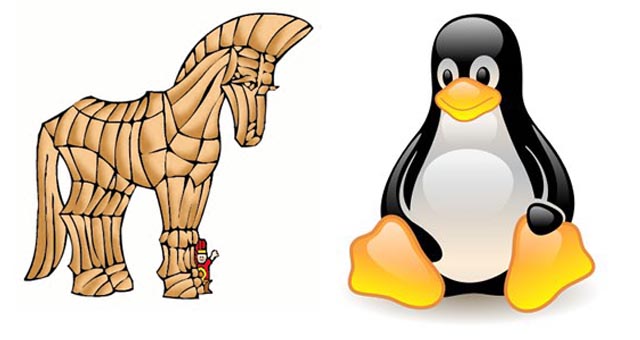 Aside from those of us who dabbled in Linux during the early days of netbooks, I only know of a couple of people who actually use Linux on their desktop computers today. And it is largely because of this smaller demographic that hackers haven’t really targeted Linux for their viruses and malware… until now.

A team of cyber-criminals from Russia have developed a Trojan for Linux and they’re calling it the “Hand of Thief.” As explained by security company RSA, the “Hand of Thief” malware is currently able to grab data from forms (both HTTP and HTTPS in a range of browsers) and it offers some backdoor capabilities. Its “features” as a “full-blown banking malware” should continue to expand with future iterations.

If you’re thinking that one version of Linux is safer than another, you won’t be happy to hear that the hackers have apparently tested the Trojan on 15 different Linux desktop distributions and eight different environments. Whether you’re doing the Ubuntu thing or rocking the Fedora, you could be affected.

The developers of the Trojan didn’t do it just for fun. They have it up for sale through “closed cybercrime communities” for $2,000 and this price is expected to rise to $3,000 with an extra $550 for each major version release.