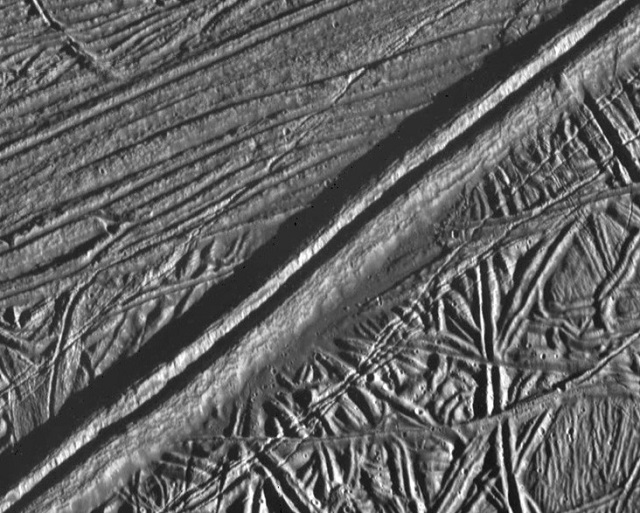 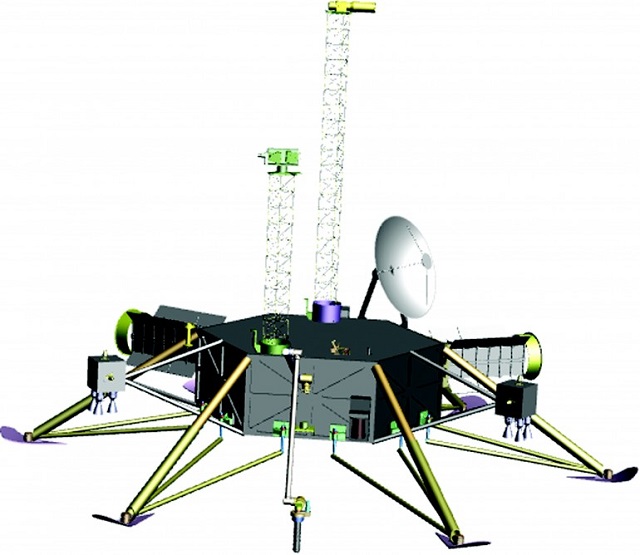 While there is the possibility that there is or was microbial life on Mars, many scientists believe that the best chance for finding extraterrestrial life in our Solar System is on Europa, one of Jupiter’s four largest satellites (Galilean moons). NASA, as we told you earlier, already has plans for a sending a new rover to Mars in 2020, and they are also planning to land a robot on Europa.

So why Europa, you ask? Though the satellite’s surface temperature is around -160º C (-256º F), it is believed that there is a saltwater ocean between its surface and mantle. So if water is present there’s a big chance that there could be life, although microbial.

And Europa’s orbit about Jupiter is thought to cause very high tides, a process which is supposed to be what resulted in the linear cracks (in the image below) on the moon’s surface. The process is also believed to be producing enough heat which allows Europa to support simple life in its ocean. So NASA might search these cracks for biological makers which will be evidence that there is the presence of organic life.

NASA is reportedly planning a robot which would study the minerals and organic matter on Europa, the geophysics of its ice and ocean, and its geology. NASA says that the research will be all about taking a look at chemistry, water and energy, or conditions necessary for supporting life.

But the mission of course won’t be simple, with a lot preparations required. They have to study Europa’s surface to determine the best landing site, design the robot and make decisions on the type of sensors and analytical equipment to be added into it, and all sorts of other things have to be taken care of. And there will also be struggles for maintaining funding for the program.

Robert Pappalardo of NASA’s Jet Propulsion Laboratory says, “There is still a lot of preparation that is needed before we could land on Europa, but studies like these will help us focus on the technologies required to get us there, and on the data needed to help us scout out possible landing locations. Europa is the most likely place in our solar system beyond Earth to have life today, and a landed mission would be the best way to search for signs of life”.

Check out the video below which shows Pappalardo talking about the Europa mission.

What are your thoughts about NASA’s plans for a Europa mission. Let us know in the comments below.