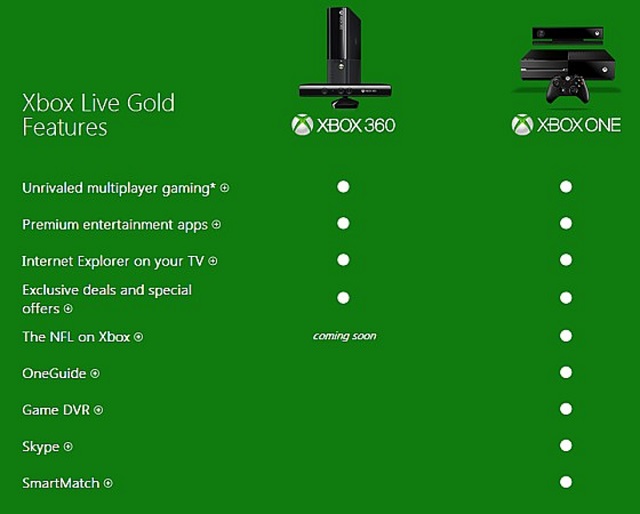 While the Xbox One has been designed to be cooler and quieter, many gamers probably won’t be calm and cool to know about one of Microsoft’s policies for the console. According to the company, you will be required to get a $59.99 (for a year) Xbox Live Gold subscription to have access to some of the online features of their new console.

Those features include the Game DVR system for recording and sharing video clips of your gameplay, Skype video calling, and OneGuide for enjoying live TV.

Of course, this may not feel like a big thing for those who know about Microsoft’s Xbox Gold approach. As you might know, an Xbox Live Gold subscription is required if an Xbox 360 user wants online multiplayer and video services like Netflix and Hulu Plus. And although the case is different with the PS3, Sony’s PlayStation 4 requires you to have a PlayStation Plus subscription worth $50 a year for playing games online – so there really is no alternative to paying this generation, other than perhaps Nintendo’s Wii U.

Microsoft earlier made changes in their policies after listening to feedback, but we don’t think there will be such a U-turn with the newly revealed restriction of features. Does this news about the Xbox One console make you surprise you, or are you happy to pay the little amount asked for all the great features found on the Xbox One? Share your thoughts below!