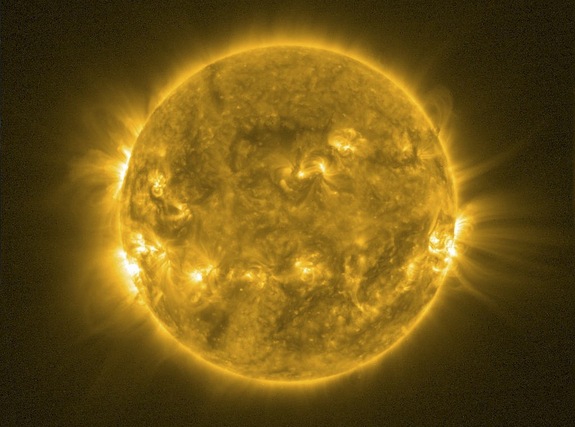 We survived Y2K largely unscathed. We survived the so-called Mayan Apocalypse of 2012. We survived the doomsday predictions of Nostradamus. And we will also survive the cosmic phenomenon of our sun reversing the polarity of its magnetic field in a few months.

While this will certainly be a noteworthy event for all the space enthusiasts out there, the average citizen of Earth probably won’t even know that anything is happening. Indeed, the sun actually flips its polarity about every 11 Earth years as part of its normal solar behavior. It won’t cause an increase in solar flares or create more coronal mass ejections. And indeed, according to Stanford University solar physicist Phil Scherrer, “The world will not end tomorrow.”

The irony is that it might be the exact opposite. The effects of this polarity shift will be largely minimal and, if anything, they could be mildly beneficial. It’ll cause the sun’s “current sheet” to become more “crinkled,” providing a better barrier against galactic cosmic rays. With lower intensity of cosmic rays, “it means you have fewer places where lightning will occur, and so the storms will probably be a little less intense,” said Wilcox Observatory director Todd Hoeksema.

So, the long and the short of it, yes the Sun is about to undergo a pretty big change, but it’s nothing for us to worry about.