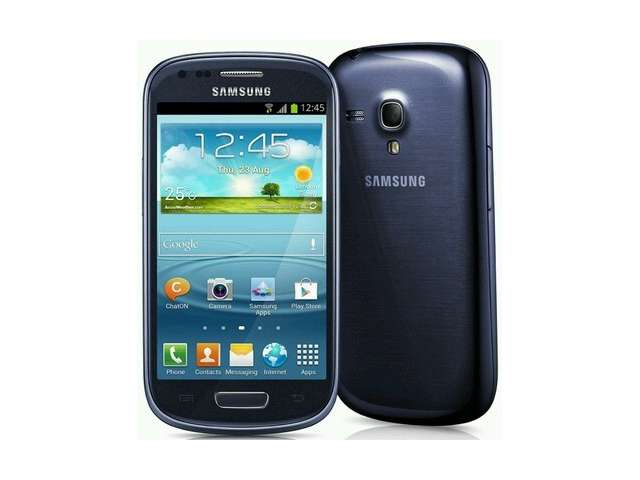 The quad band Android 4.1 Jelly Bean phone is being sold unlocked, so you can use it with your favorite GSM carrier like AT&T and T-Mobile in the United States or with Rogers and Fido in Canada. The Samsung Galaxy S III mini effectively takes the Galaxy S III and shrinks it down. You get a 4.0″ sAMOLED display with a resolution of 480 x 800 pixels. Other specs include a dual core 1GHz processor, 1GB of RAM, 5MP rear camera, front-facing VGA camera, stereo FM with RDS, aGPS and a 1500mAh battery good for up to 14 hours of talk time.

Yes, the specs aren’t exactly top of the line, but neither is the price. The fully unlocked quad band Galaxy S III mini (I8190) in blue can be purchased on Newegg.com for $282.99. This is the outright price with no obligation for contracts or service agreements.