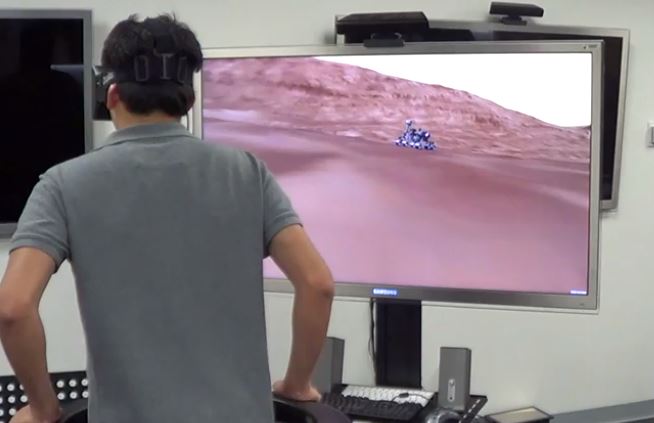 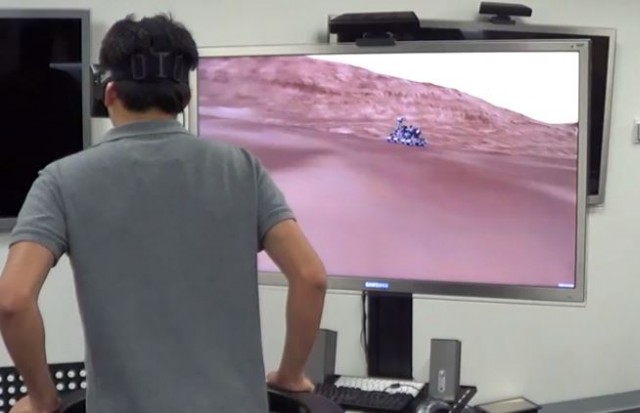 Realistically, none of us will likely have the opportunity to step foot on the Red Planet during our lifetimes, but this reasonably affordable virtual reality simulation could be the next best thing.

NASA’s Jet Propulsion Laboratory — the same people responsible for the Mars Curiosity Rover mission — have effectively put together an experience that utilizes a real stereoscopic and 360-degree panorama of the Martian surface and made it into a VR experience. The images are taken from Curiosity, appended by data from satellite images for mapping and terrain.

The initial version utilized the Oculus Rift 3D goggles that let you look around the Red Planet and you effectively navigated around with an Xbox 360 controller. They have since tacked on support for the Virtuix Omni omnidirectional treadmill for an even more immersive experience. You still stand on Earthly gravity, but it’s almost like being on Mars… or at least it’s the closest you’re going to get without stepping foot outside of your living room. And you don’t need a total recall to get there either.

In addition to the Martian “vacation” by NASA, they’re also offering a similar VR experience of the International Space Station. No, you don’t get to float around in zero gravity, but you can take yourself on a “real” virtual tour of the place at your own pace. Pretty cool for all us space geeks out there and I’m sure Neil deGrasse Tyson approves. He’d probably say this is pretty bad ass.