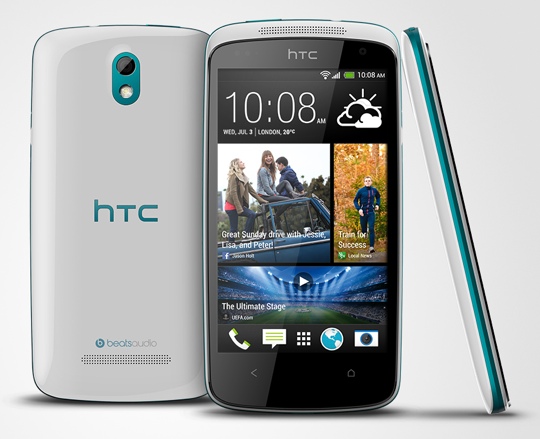 A few weeks ago, HTC announced its Desire 500 handset for the Taiwan market, with plans to eventually follow with a global release. As it turns out, the ‘eventually’ was sooner then we thought: The Desire 500 is now coming to the United Kingdom.

In the UK, the Desire 500 will feature a Glacier Blue or Lacquer black color configuration, and will be powered by a 1.2GHz Snapdragon 200 processor with 1GB of RAM. The display is 4.3-inches with a resolution of 800×480, and other specs include 4GB storage and microSD. The device also features an 8MP rear cam, and 1.6MP front cam.

Unfortunately we have no word on exactly WHEN this phone will touch down to the UK, other than HTC has officially confirmed it. We also aren’t yet sure how much the phone will set you back at launch.

So what do you think of HTC’s latest mid-ranger? Interested or not?