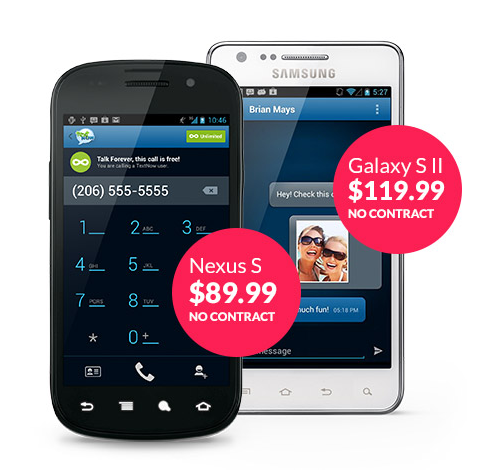 It looks like a new MVNO is in town! You might already be aware of the free texting/messaging app “TextNow”, now it looks like they are stepping things up a notch by by offering a new VoIP service that utilizes the Sprint Network and seems somewhat similar to Republic Wireless.

Where TextNow differs from RW is that instead of relying on Wi-Fi as much as possible, TextNow uses its existing IP-based text and VOiP infrastructure to make calls directly through Sprint’s Mobile broadband service. It also works through Wi-Fi, but even then still requires the use of the TextNow app.

Pricing for TextNow service is also very affordable at just $18.99 for 500MB data and 750 rollover minutes. Looking for more data and/or minutes? A $26.99 monthly plan ups you to 1GB data and 1,250 rollover minutes. There’s also a $39.99 per month option that includes 2GB of data and 2,000 minutes. All plans have unlimited texts and incoming calls, as well as call forwarding, caller ID and visual voicemail.

What kind of phones work with TextNow? Currently you have two choices, both of which are refurbished. The first choice is the Samsung Nexus S for $89.99. The second is the Galaxy S2 for $119.99. Unfortunately the company does not support the ability to bring your own device, at least for now.

So what do you think? Sound like something you’d be interested in, or would you rather stick to a more traditional carrier approach?