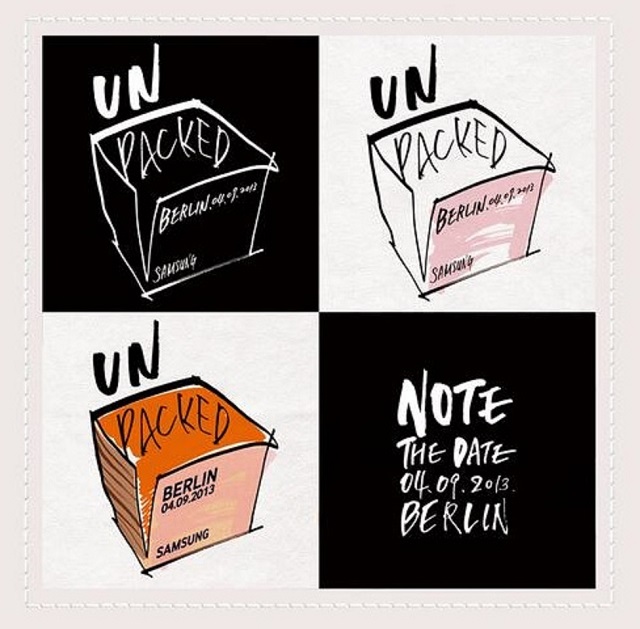 We earlier told you that Samsung’s upcoming Galaxy Note III might be shown off on the 4th of September in Berlin. And now we have got confirmation (sort of) from the company itself, via the hint in the invitation for their Unpacked 2013 Episode 2 event. The company is asking everyone to “Note the Date”.

So tech fans should be able to take a good look at the much anticipated device at the IFA. Samsung is expected to confirm the specs and other details of the device at the event, but they might leave the pricing and release date announcements for some other time.

As for the specs, the phablet is expected to come with:

Rumors also suggest Android 4.2.2 Jelly Bean with Samsung’s TouchWiz UI, but there have also been talks that the device will be available with Android 4.3.

Meanwhile, also expected to be revealed on the above said date is the rumored Samsung GEAR smartwatch. The description below is from a US trademark filing for “Samsung Galaxy Gear“.

Are you excited for the Samsung Gear and Note 3? Tell us what you think in the comments!