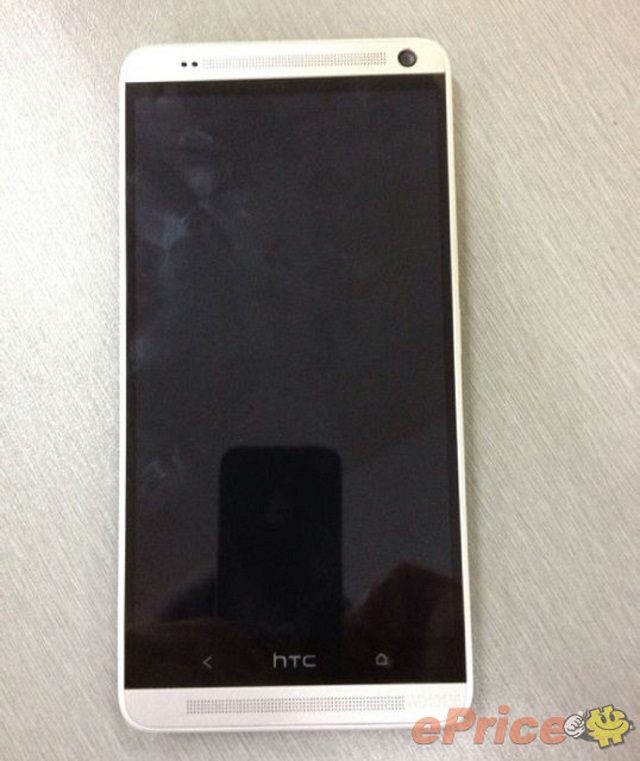 HTC has been long rumored to be working on the phablet version of their One, called the One Max. The device that’s in the leaked image you see above could be the 5.9-inch Max.

According to ePrice, the HTC One Max, as rumored before, has a 5.9-inch display with the same resolution as the One. The device is equipped with a 2.3GHz Snapdragon 800 processor, 2GB of RAM, 16GB of memory and a 3,300 mAh battery (the One is powered by a 2,300 mAh battery).

A dual-SIM variant of the Max with a detachable rear cover (for getting to the SIM trays and memory card slot) is being tested in China at the moment. So just like the HTC One, maybe only Chinese and Japanese versions of the Max will have microSD card support.

The image below should give you an idea about how big the upcoming HTC phablet is. 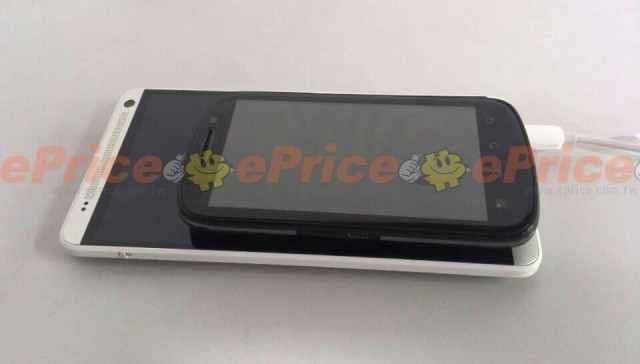 If this is indeed the HTC One Max, we are looking at the device which will compete against the upcoming Samsung Galaxy Note 3 which will be shown off at IFA in Berlin next month. We should also get to take a closer at the Max at the same event. The One Max is also said to be headed to AT&T.