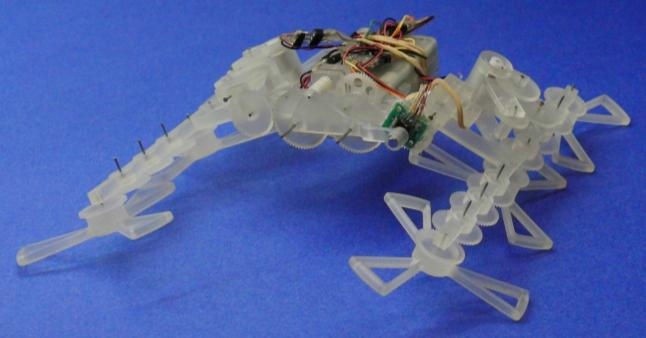 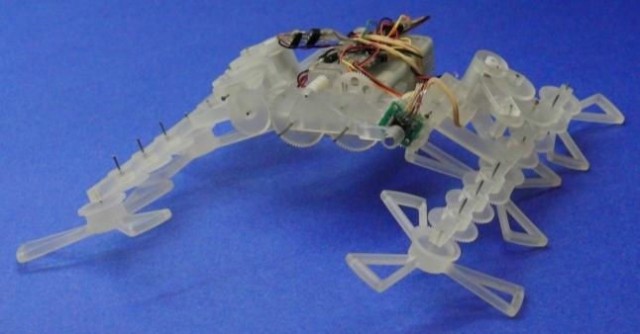 It seems like the 3D printing phenomenon has grown in leaps and bounds, getting far beyond little plastic trinkets into all sorts of useful bits of technology. Now students from the Biomimetic Millisystems Lab at UC Berkeley have used a ProJet 3000 3D printer to create a robot that can walk under the narrowest of gaps.

It’s called the STAR (Sprawl Tuned Autonomous Robot) and this somewhat insect-like plastic robot has six legs that can nearly completely flatten out. What this means is that not only can it walk around like a regular robot can, but it will have no problem slipping underneat your couch or through the dusty underpinnings of your bed. Each leg has three spokes and the robot can crawl over things just 4cm higher than if it was rolling on wheels.

The “sprawl” part is what makes this special, allowing STAR to stretch out to a range of 150 degrees. This is useful for slipping underneath things (completely flattened, it has a height of just one inch), but it can also slip through narrow passageways or climb over higher objects. And because it is produced using a 3D printer, it can be mass replicated on the cheap. You just need to add the electronics. The max speed of almost 12mph on a smooth, flat surface makes it pretty quick too.

The video below gives a good sense of the kind of “skittish” movement employed by STAR. You can see how it could be great for disaster areas and recon missions.