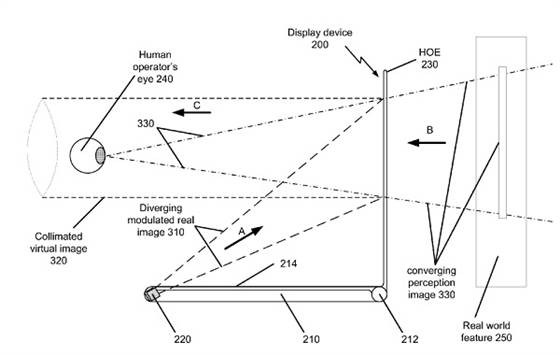 Computers have made a lot of technological advances in their relatively short history. We got color monitors, we got graphical user interfaces, we got more processing power… but the actual display has always been on a two-dimensional plane with an opaque monitor of some kind. Apparently, Microsoft is thinking about changing that.

A new patent has been filed by Microsoft for a laptop computer that would not only have a transparent display, but it would be able to project holograms in three dimensions for the user. Of course, this is “just” a patent, so there’s no saying when and if this kind of notebook PC will ever come to fruition, but if and when it does, it will give a whole new meaning to having a “Windows” PC.

We’ve seen all sorts of transparent display technologies in the last few years, but to my knowledge, this is one of the first times that we’ve seen it used in tandem with a 3D projected hologram. Would you be interested in such a laptop?