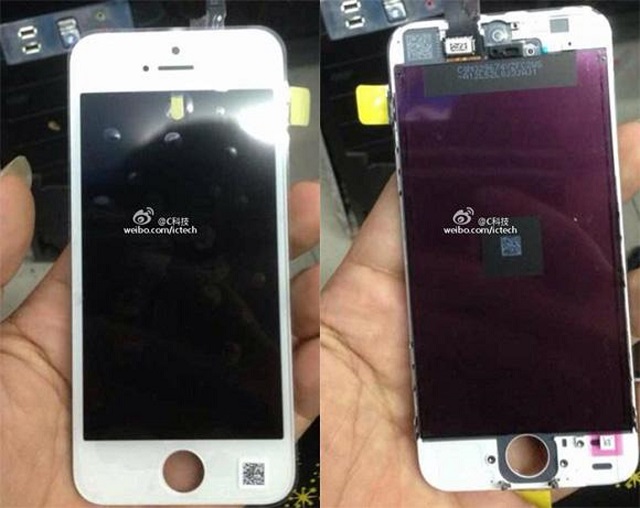 Apple’s cheaper iPhone previously was rumored to arrive with a price tag of $99. Then we learned it could end up being called as the iPhone 5C or even iPhone Lite – which has already got FCC certification. Now we have the images above of what are supposed to be parts of the upcoming low cost iPhone.

We are possibly looking at the display as well as framing of the iPhone 5C, and the parts were leaked by a company called Chinese C Technology. Compared to the iPhone 5, the 5C’s internal wiring apparently will be slightly different.

Other things that we have heard are that the device would feature an 8-megapixel camera similar to the current iPhone and a casing made of plastic. There will probably be 5-6 color options as well. According to Phonearena, the budget handset could cost somewhere between $350 and $400 without a contract.

Meanwhile, Motorola Mobility CEO Dennis Woodside earlier said that his company is also planning to release a cheaper version of their Moto X. So, it’s going to get a bit crowded in the market for budget handsets.