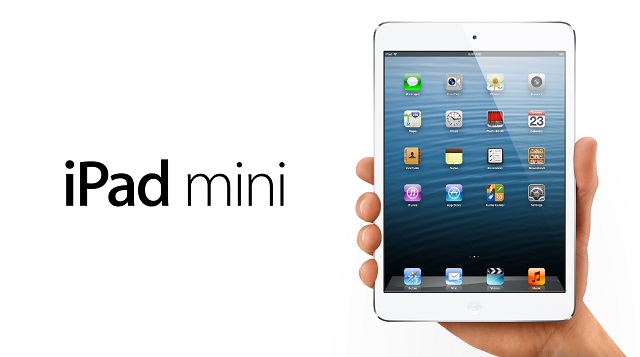 Interested in an iPad Mini, but holding out for the next-gen model? If part of your reason for waiting was anticipation of a high-rez “retina” display, you’re going to be more than a little disappointed.

It turns out that the iOS 7 SDK and Beta both make reference to the next iPad Mini, where it is mentioned under the model numbers 2.8, 2.9 and 2.10 – representing one WiFi-only model and two cellular-enabled devices. Apparently in all Retina-capable iDevices, there is a reference listing for “@2z”, but this reference isn’t mentioned for any of the next-gen iPad Mini models.

While this is far from definitive proof, the signs seem to point towards a lack of Retina display support.

The good news is that the processor is getting a big upgrade! The new Mini will feature the s5189050x platform, aka the A6 processor.This is the same processor found in the iPhone 5, which runs at a speed of 1.3GHz and has a 3-core SGX543MP2 GPU. Outside of the faster processor, we also expect to see the device jump from 512 to 1GB of RAM.

If all of these ‘leaked’ details prove true, the new iPad Mini is looking like a reasonably decent spec upgrade, though its display might not be anything to write home about. If you are really set on getting a higher-rez display, you might want to consider jumping ship to the new Nexus 7 instead.What do you think, are you excited for the next iPad Mini or not?