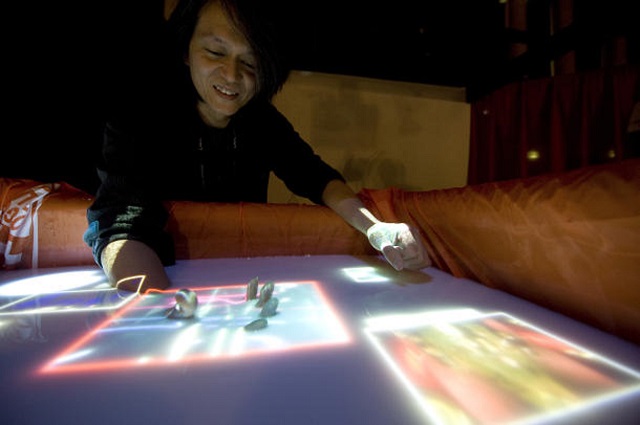 No matter how old you are, playing in the water is always fun. But a team of engineers from Tokyo’s University of Electro-Communications have added more fun to it by changing water into an interactive display with their prototype projection system called AquaTop.

After some powder is used to make the water cloudy, AquaTop is used to project games, movies, and photos onto its surface. You can interact with everything by using specific gestures recognized by the system’s dedicated OS. To detect your hand movements from above and beneath the water’s surface, there will be a Microsoft Kinect.

Various gestures, as you will see in the video, include spreading your fingers apart for a full-screen, poking a virtual object with a finger to drag it around, capturing an icon with your palm from below the water’s surface and then sinking it to delete it, and you can do dragging and dropping by scooping and releasing liquid with your hands. 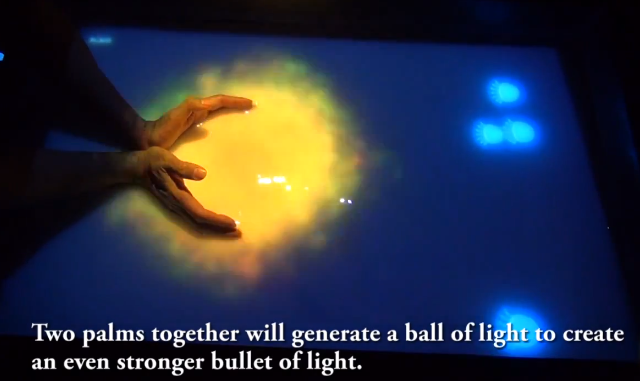 The team is showing off a game in the clip below which involves shooting at enemies with light “bullets”, and the firing is done via gestures. To add to the effects there’s a submerged speaker with LEDs which is activated every time you hit a target.

It certainly seems to be fun, though of course you can’t spend too much time with your hands in the water unless you like the wrinkles. Check out the video and leave your thoughts in the comments below.