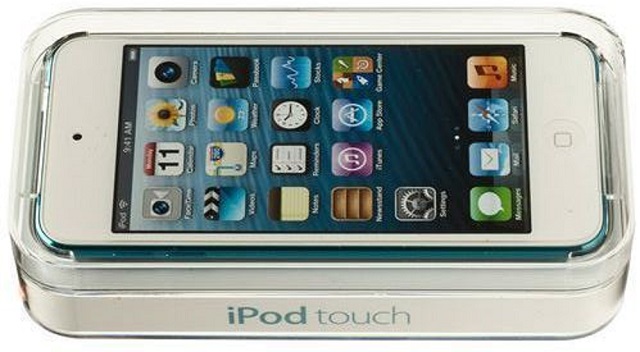 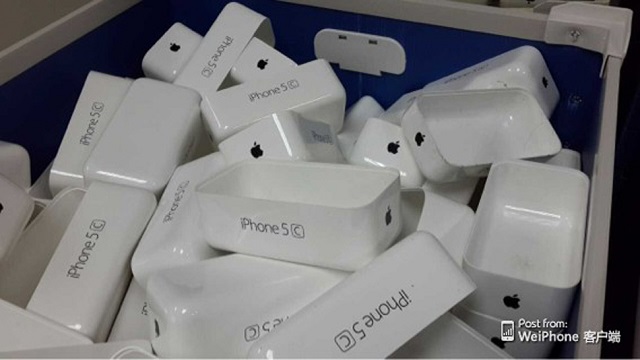 Apple is thought to be working on an iPhone 5S, an updated iPhone 5, with an aluminum body and also a cheaper plastic iPhone which has been rumored to cost only $99. We also have tons of other rumors regarding the iPad Mini 2 and the iPad 5. Of course we do not know whether these rumored devices will end up being called by the above said names, but the image above, coming via Chinese blog WeiPhone, seems to be giving us a name for the cheaper iPhone.

The picture, as you can see, shows a lot of Apple packaging for an iPhone 5C. We do not know whether these are really for the upcoming low cost iPhone, but there’s a possibility that they are and that C could stand for “color” since rumors suggest a cheaper iPhone which will be available in 5-6 colors. It could also stand for “cheap”, “cost” or “consumer”.

And according to 9to5mac, what’s seen above is reminiscent of the plastic tray coming with the current iPod Touch, as you can see below.

So is this confirming that a budget handset is indeed coming from Apple? It isn’t, but it wouldn’t be a surprise if Apple unveils an iPhone 5C sometime in the future (a fall release has been rumored). The Mac maker surely can’t stay on top without responding to the success of low cost phones from their rivals.

Say hello to the iPhone 5C: