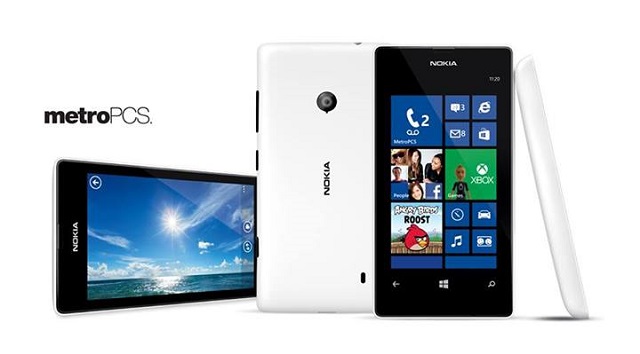 The Nokia Lumia 520 is currently one of the most popular budget handsets out there. According to AdDuplex, the device is the best selling Windows phone with 13.3% share. Therefore many folks should be happy to learn that the Lumia 521 is available from MetroPCS (owned by T-Mobile).

But unlike the T-Mobile Lumia 521, which comes with a price tag of $149, MetroPCS is offering their first ever Windows Phone 8 for $99, same as what is being asked for AT&T’s Nokia Lumia 520 GoPhone.

The handset will be available at your nearest MetroPCS store starting today, and you can get the device online in the coming week.

Are you interested in the Nokia Lumia 521? Or if you are looking for an LTE enabled device, maybe you would like to take a look at the LG Optimus F3 which will also be offered by MetroPCS but for $149. The Android device is already being sold by Sprint.