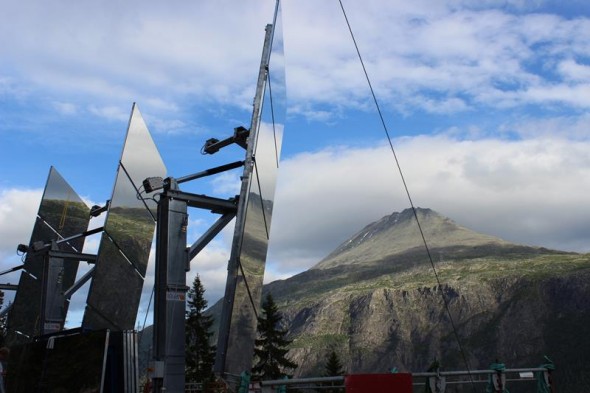 Mirror, mirror, on the wall, who’s the fairest of them all? I can’t tell you, because I can’t see. The town of Rjukan doesn’t actually get any sun whatsoever for almost half the year, but that’s about to change.

We’ve likely all heard about some of the towns in the polar regions that get 24-hour sun during the summer and 24-hour darkness in the winter, but this is further exacerbated in the town of Rjukan, Norway as it is in a valley surrounded by mountain peaks. As a result, for five months out of the year, no sun ever makes it past those mountains and into the town. That sounds awfully depressing. 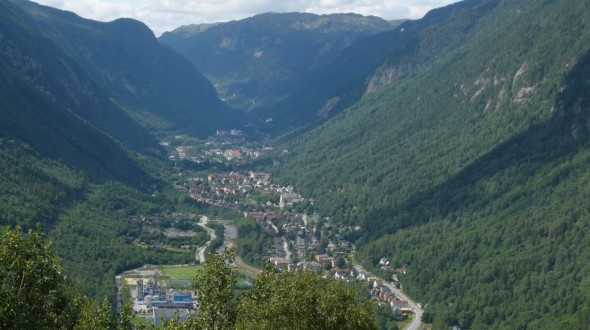 To bring light into the town, three sets of mirrors totallying 538 square feet of surface area are being positioned on the mountain tops and they’re going to be controlled by a computer system in the town of Rjukan itself. Powered mostly by wind and (ironically enough) solar farms, the mirrors can then rotate and adjust their angles, redirecting as much of that precious UV as they can into the valley below. Well, at least in the 2,150 square foot town square where the sunlight is being directed. The rest of the town will still be dark.

The project has an initial cost of $850,000 for installation, plus all the maintenance and labour costs that will go along with keeping the system running. This could make for an interesting tourist attraction, helping the economy of this little mountain town. The first hit of perpetual darkness begins in September and, since the mirrors are already in place, it is then that we’ll see this system in action.