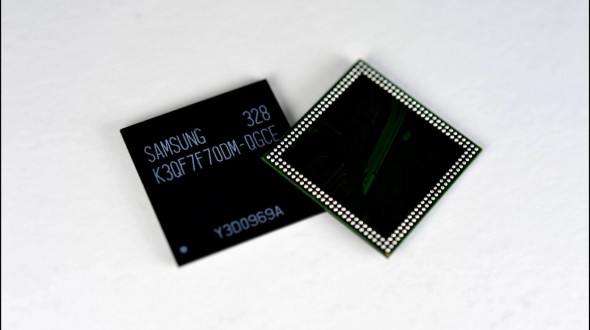 It feels like smartphones are going through the same kind of evolution that we saw in PCs. The original Samsung Galaxy S had just 512MB of RAM, but then as the years went on, we started to see smartphones with a full gig and, more recently, even 2GB of RAM. But that’s not enough. In the words of Top Gear’s Jeremy Clarkson, we need “more power!”

And Samsung agrees. If you feel like your flagship smartphone with 2GB of RAM and a quad-core chip isn’t fast enough, wait until you get your hands on a smartphone with 3GB of RAM next year. Samsung has announced that it has started mass producing the highest density LPDDR3 mobile DRAM modules available ever: 3GB.

It goes without saying that Samsung will gladly use these modules in its own flagship devices — presumably in something like the Galaxy S5 or the Note IV — but Samsung does provide memory for other companies, too. The new DRAM consists of six 20nm 4Gb chips (FYI, that’s a lower-case “b” for bits, rather than the upper-case “B” for bytes), stacked into two sets of three chips. The total chip package measures just 0.8mm high and it’s clocked at up to 2133Mbps of data transfer.

The net result is a faster smartphone that’s even better at multitasking, multimedia and video playback. Samsung’s also working on a version that uses four 6Gb chips instead, which should be even faster. And given the extra space that you have on a tablet, it’s not unheard of for a manufacturer to use two of these DRAM modules together, resulting in a tablet with a whopping 6GB of RAM. That’s more than many notebooks and Ultrabooks!