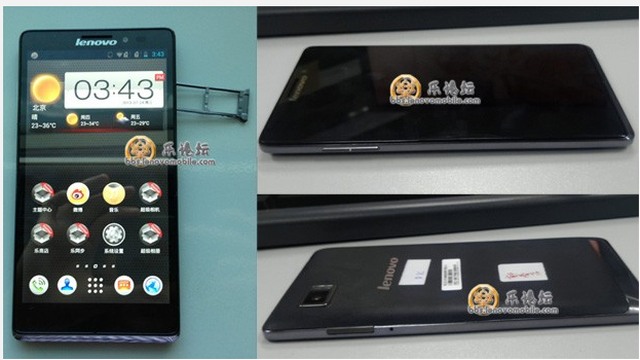 In case you don’t know, there are some Lenovo smartphones out there and the company is a major player in the Chinese mobile market. But it seems that the company has big plans for the West, if the device that you see in the image above is intended not just for China and ends up stateside sometime in the future.

The leaked device, called the K6 or the X910, is powered by Qualcomm’s latest Snapdragon 800 processor, and it is equipped with a 5 inch display with a resolution of 1,920×1,080. The handset is reportedly thin and light, and it feels comfortable in the hands. It should arrive running Android 4.2.2. Unfortunately, no other details have been reported so far, but the available features suggest that it could be an upcoming Lenovo flagship.

We are also hearing that the device might eventually be called K910, so we might be looking at the successor to the Intel powered K900 which was launched earlier this year.

So, are you willing to try a Lenovo phone with Snapdragon 800? Share your thoughts in the comments below.