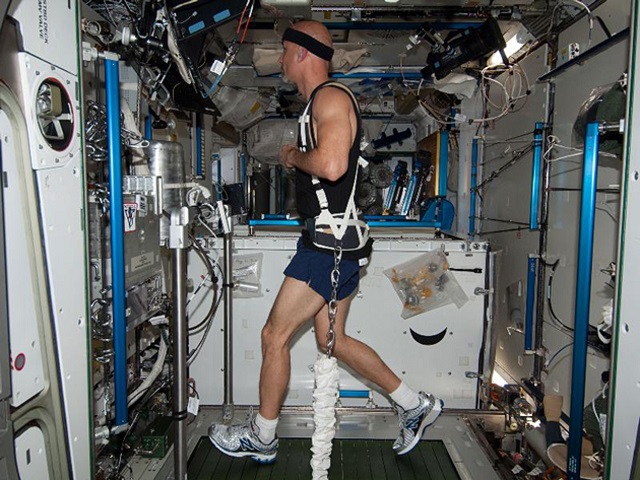 As we have seen before, it is quite a difficult task for astronauts to keep themselves clean aboard the International Space Station, but they also have to make sure that they get enough exercise out there. So how do the folks at the ISS keep themselves fit? Let’s take a look.

Astronauts have to spend about two-and-a-half hours a day doing exercise at the ISS, and being in space means that there will be less lactic acid build up which leads to faster recovery.

Even with so much of training, an astronaut returning to Earth after spending too much time in space will suffer from muscular atrophy, cardiovascular deconditioning, and bone loss.

At the ISS, the astronauts do their workouts using very specialized equipment – one of which is the COLBERT (Combined Operational Load Bearing Exercise Resistance Treadmill), which is a space treadmill seen in the image above being used by European Space Agency astronaut Luca Parmitano.

Astronauts have to be harnessed down while using COLBERT. The equipment is placed on top of a vibration isolation system, which will make sure that COLBERT doesn’t affect delicate experiments taking place in adjacent labs. 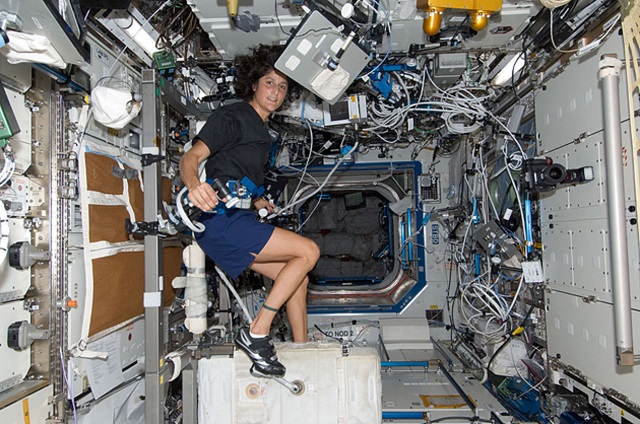 Also sitting on a vibration isolation system is CEVIS or Cycle Ergometer with Vibration Isolations and Stabilization System, a stationary bike with no seat as astronauts can’t sit while up there.

Above, you can see NASA astronaut Sunita “Suni” Williams using CEVIS in ISS’ Destiny laboratory. In order to use the space cycle, astronauts have to attach their shoes to the pedals and use a seatbelt to tie themselves to the bike. 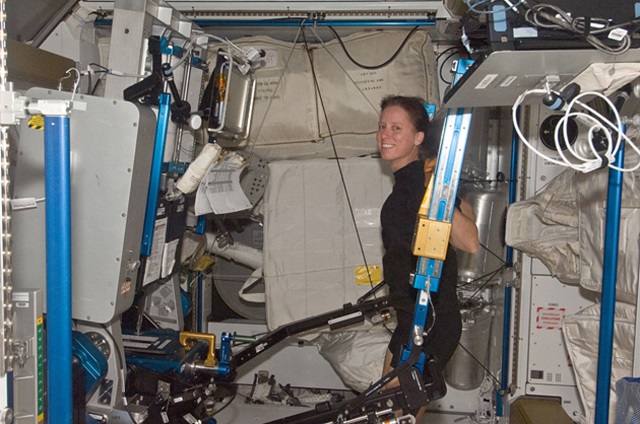 Seen above is ARED or Advanced Resistive Exercise Device, with which astronauts can do exercises like squats, biceps curls, and calf raises. The image shows NASA astronaut Shannon Walker doing squats. The video below shows ARED in action at the Johnson Space Center, in Houston, Texas.

Astronauts also make use of new ultrasound and panoramic imaging techs to take muscle measurements while at the ISS. The data collected will allow trainers on Earth to keep track of the fitness of the crew and suggest workout plans if needed. NASA is also currently conducting a study called Sprint for understanding the effectiveness of “high intensity, low volume exercise training to minimize loss of muscle, bone, and cardiovascular function in ISS crewmembers during long-duration missions.” 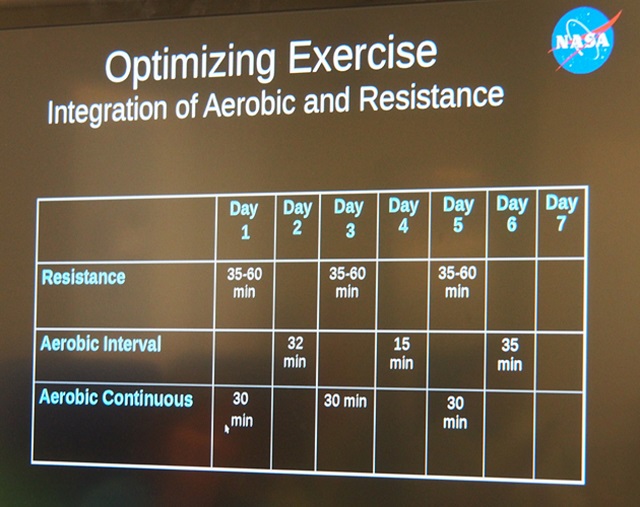 Between washing your hair, working out and the other daily responsibilities of an astronaut, you can see life in space isn’t exactly easy. Still, who doesn’t dream of going to space, difficulties and all?