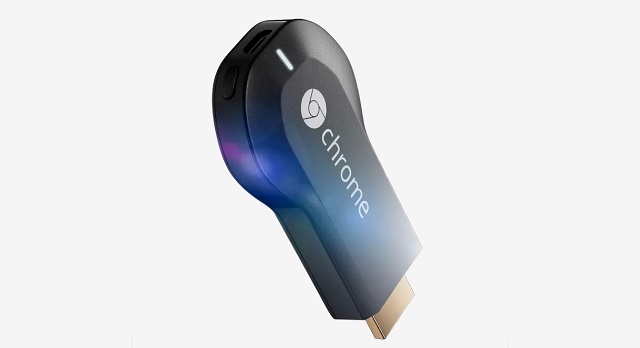 Today Google has taken the wraps off the Chromecast dongle, which you can kind of think of it as sort of a ‘re-imagining’ of the old Nexus Q. Basically the device connects to an HDMI port on your TV and allows you to easily send over various media to the big-screen.

The device not only works with services like Vimeo, Netflix, Google Play and the like – it can also project a full webpage from another device. Then there is music services, and the more.

So, while the multimedia sharing thing is somewhat like the Nexus Q of old, Chromecast differs in that it basically turns your tablet and phone into a remote that lets you take some content and ‘cast’ it to your living room.

Even better, the Chromecast also supports non-Android devices. That means you can use a Windows device, iPad, iPhone, a Mac or even a Chrome PC to ‘cast’ your content over to the TV.

So what does something like this set you back? Actually, it’s really quite affordable at only $35. The device can be purchased through Google Play now with a promise to ship by Augus 7th, and will also be found at select retailers in the near future. As an even bigger bonus, a Chromecast purchase includes a full three months of free Netflix – for new, existing and former customers!