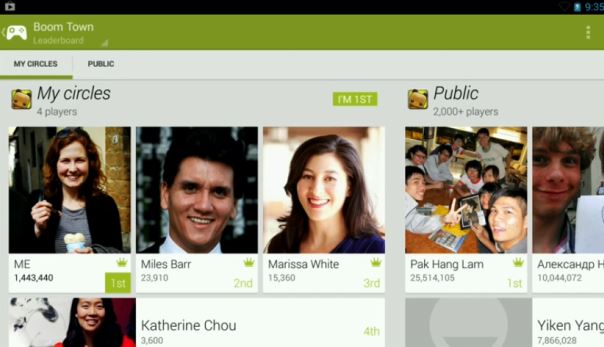 We play a lot of games on our smartphones and tablets, but most of these gaming experiences are enjoyed in isolation. Given the rise of social gaming, don’t you want to know how your high score stacks up against your friends? Google thinks you do.

Seemingly following in the footsteps of Apple’s Game Center service, Google has just announced its Play Games app for Android that essentially combines the games you get from the Google Play Store with the Google+ social network that not enough people are currently using. I guess that’s one motivation to add more people to your “circles.”

The games have to be coded to take advantage of the Google Play Games service, but it is possible for developers to leverage features like achievements, leaderboards and even multiplayer gaming. Google says that “hundreds” of games are using the service and “millions” of people are playing those games. This follows in the same trend that we’ve seen with Xbox Live and PlayStation Network, too.

I think leaderboards and achievements are a great idea. I like seeing how I stack up against my fellow letter manipulators in Words with Friends, both in terms of total point count for the week and average points per word. Spread this across multiple games in a unified experience and you could have a winner, no pun intended.